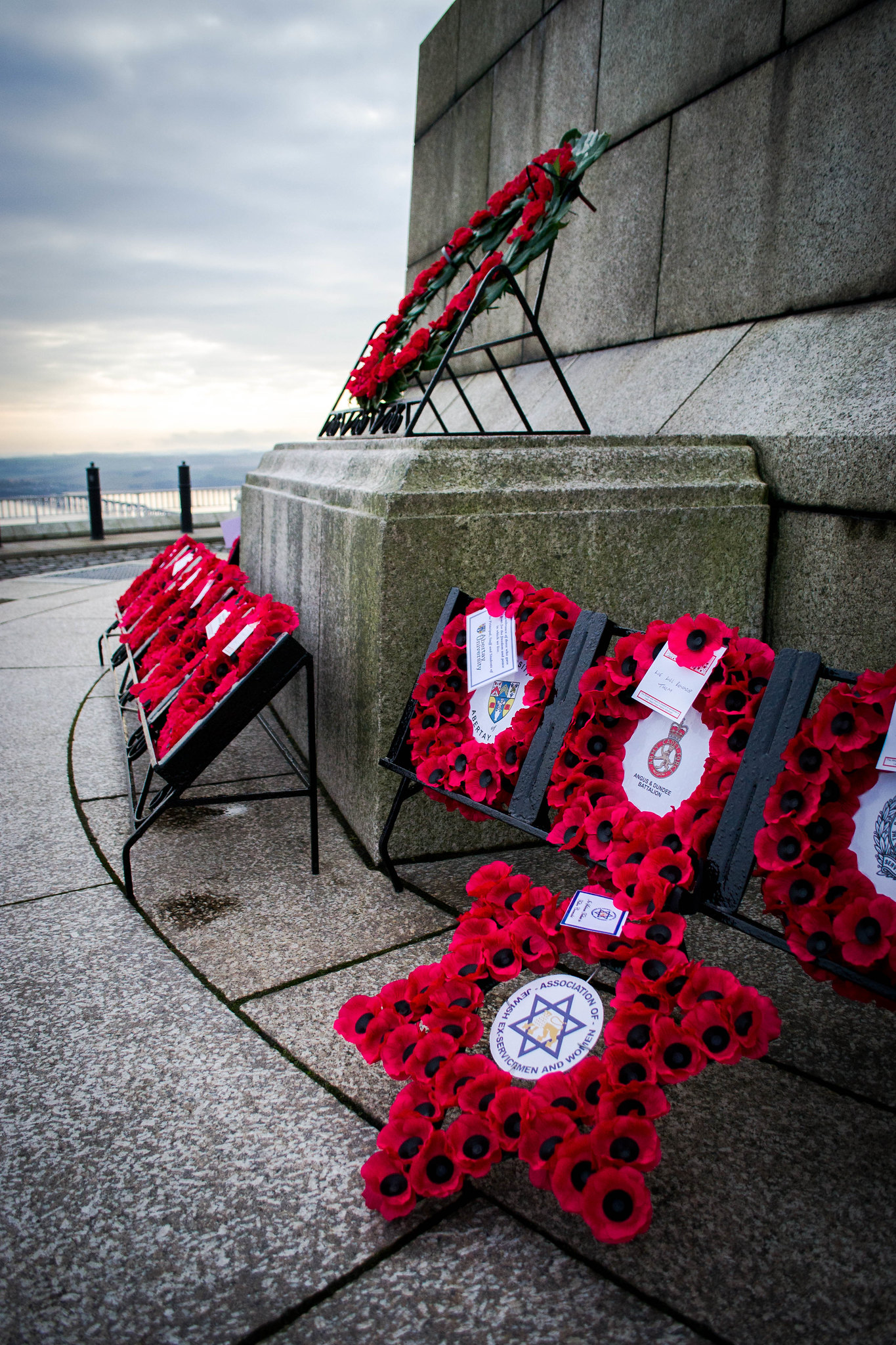 Wreaths that have been placed along the impressive Dundee war memorial atop the Law. Like most memorials they were originally for the Great War but in the not too distant future would become a memorial to the second world war also. 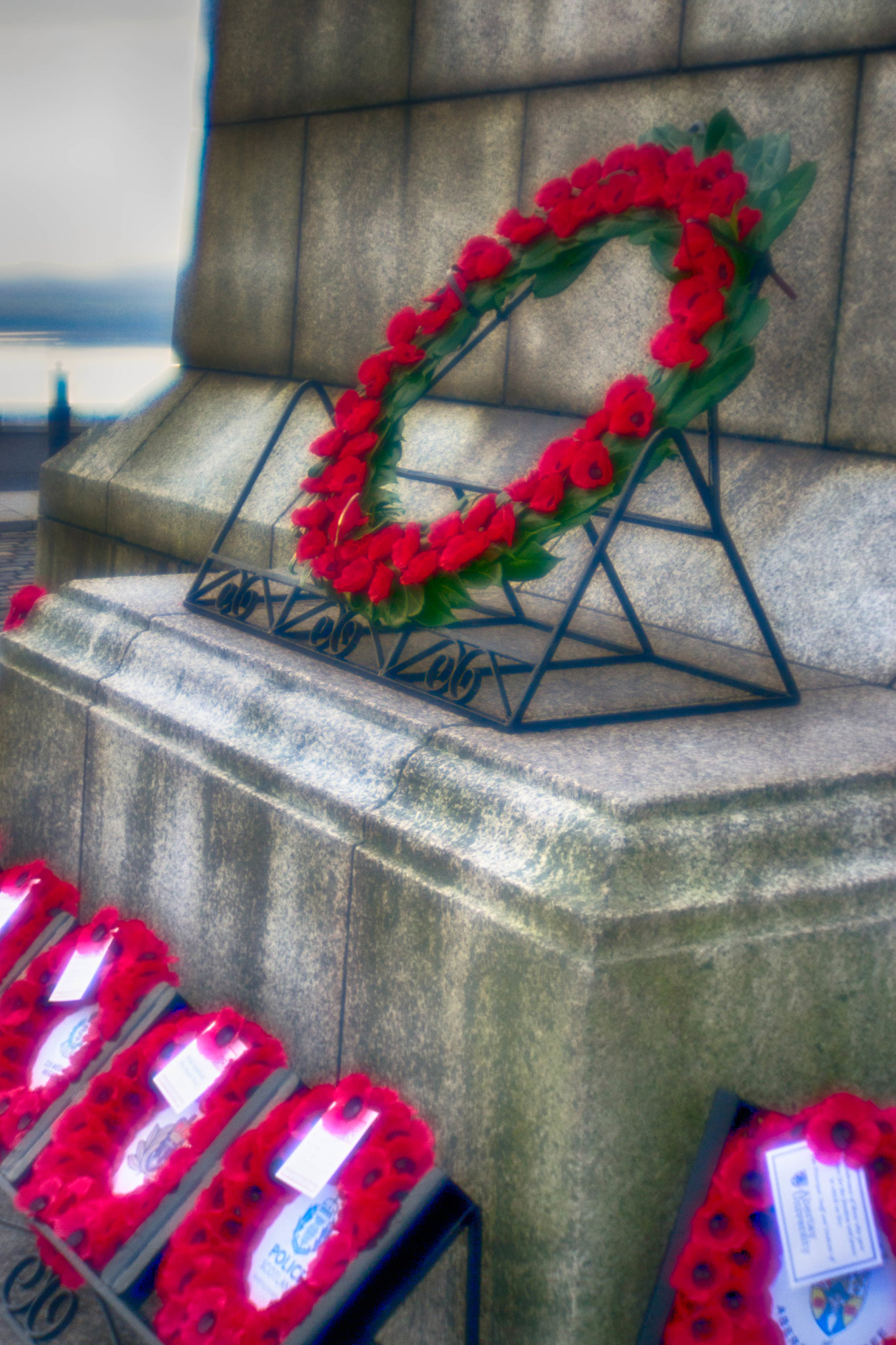 The above shot was done with a Diana lens mounted on my Nikon, giving the lomography a try out today for the first time. 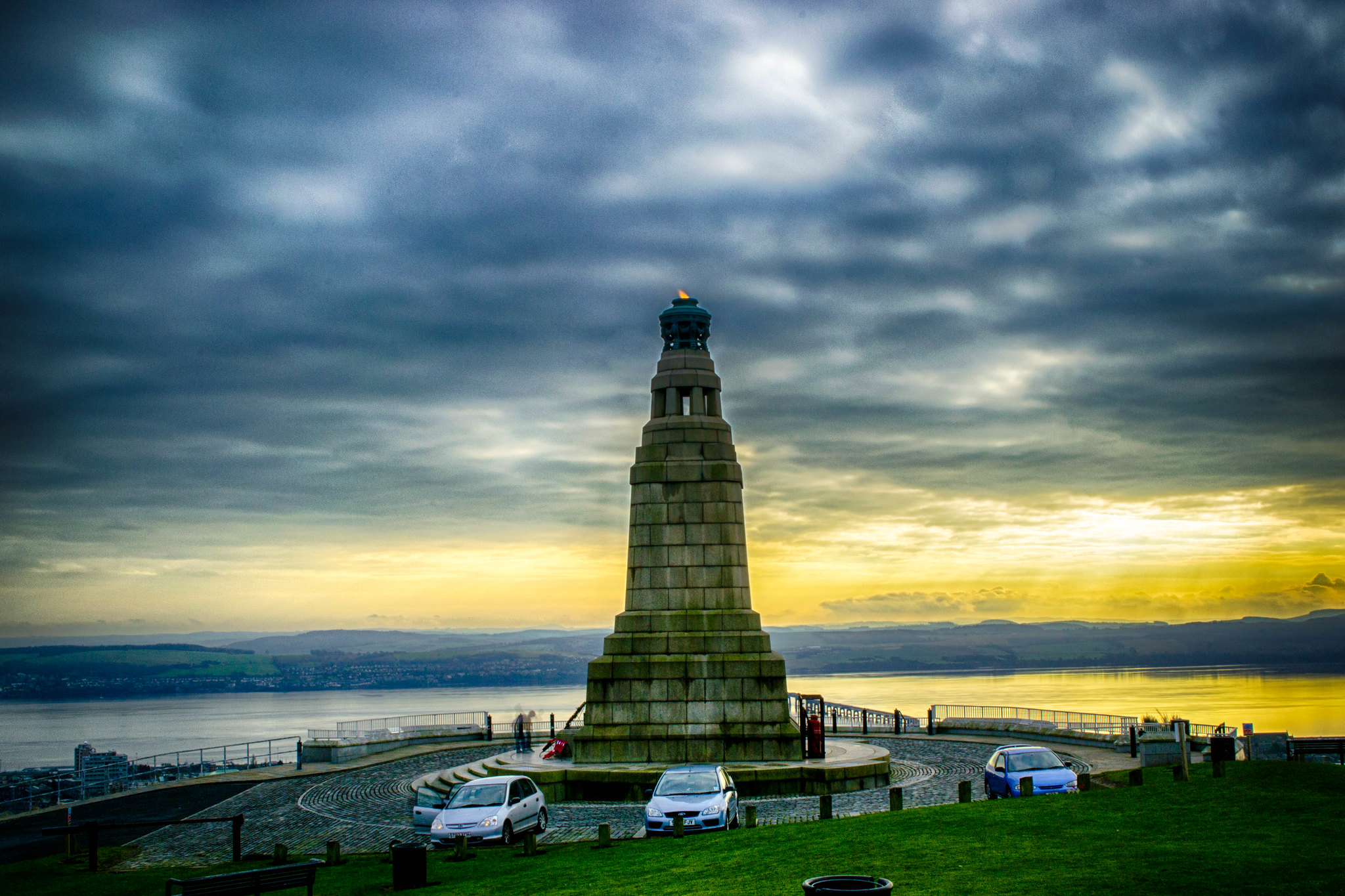 A view of the monument, quite busy when I was up there. The river Tay and Fife in the background.
The hill that this monument sits on is known as ‘The Law’ and is never to be called the ‘The Law Hill’ as some local folk would be quick to point out. There’s actually a covered up tunnel that runs under the hill and plans are afoot to have it opened as a tourist attraction.