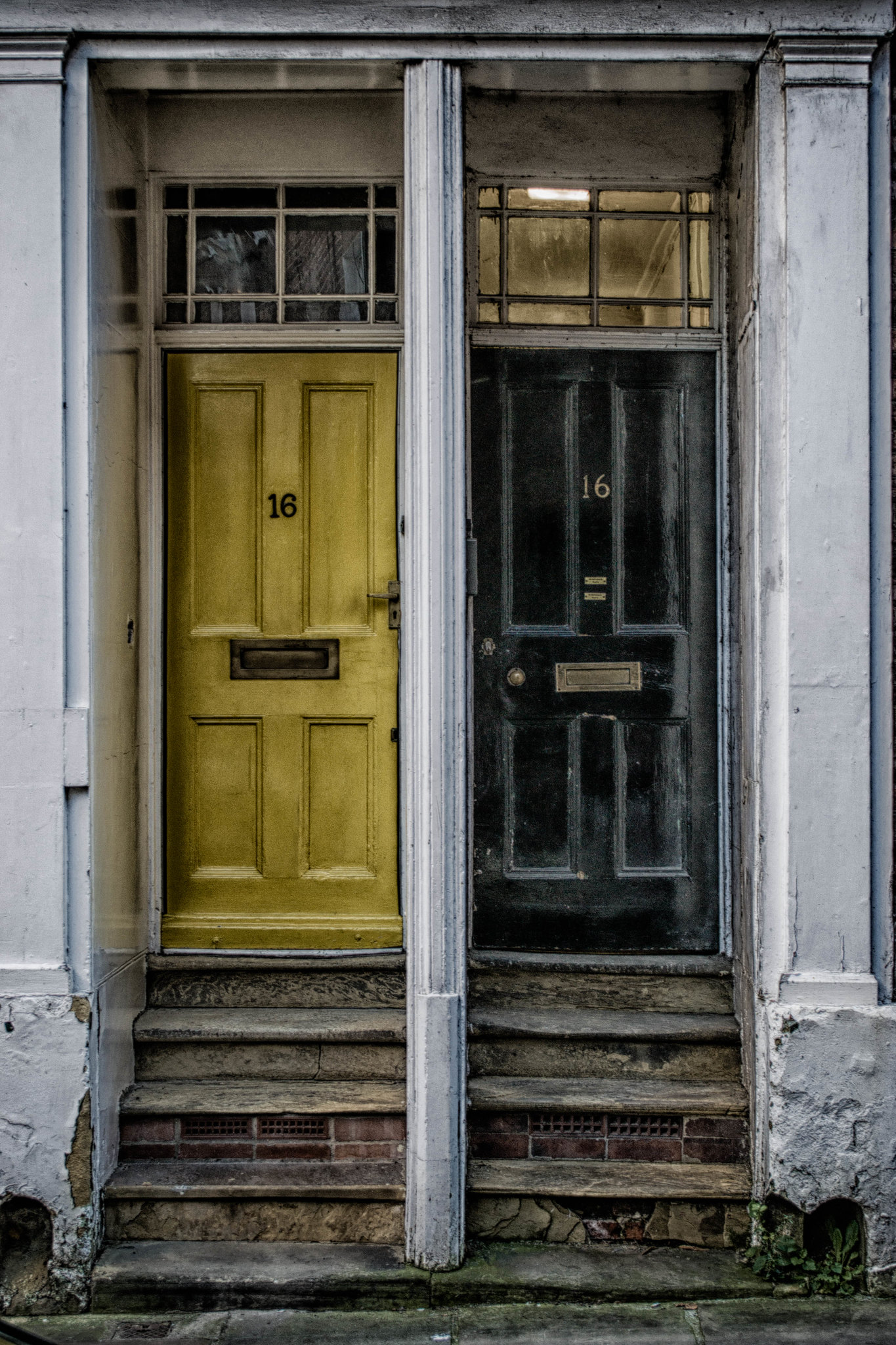 “Is this number sixteen?”
“Nah it’s next door mate”

Forgot I had snapped these doors down in York, I assume one is A and the other B. 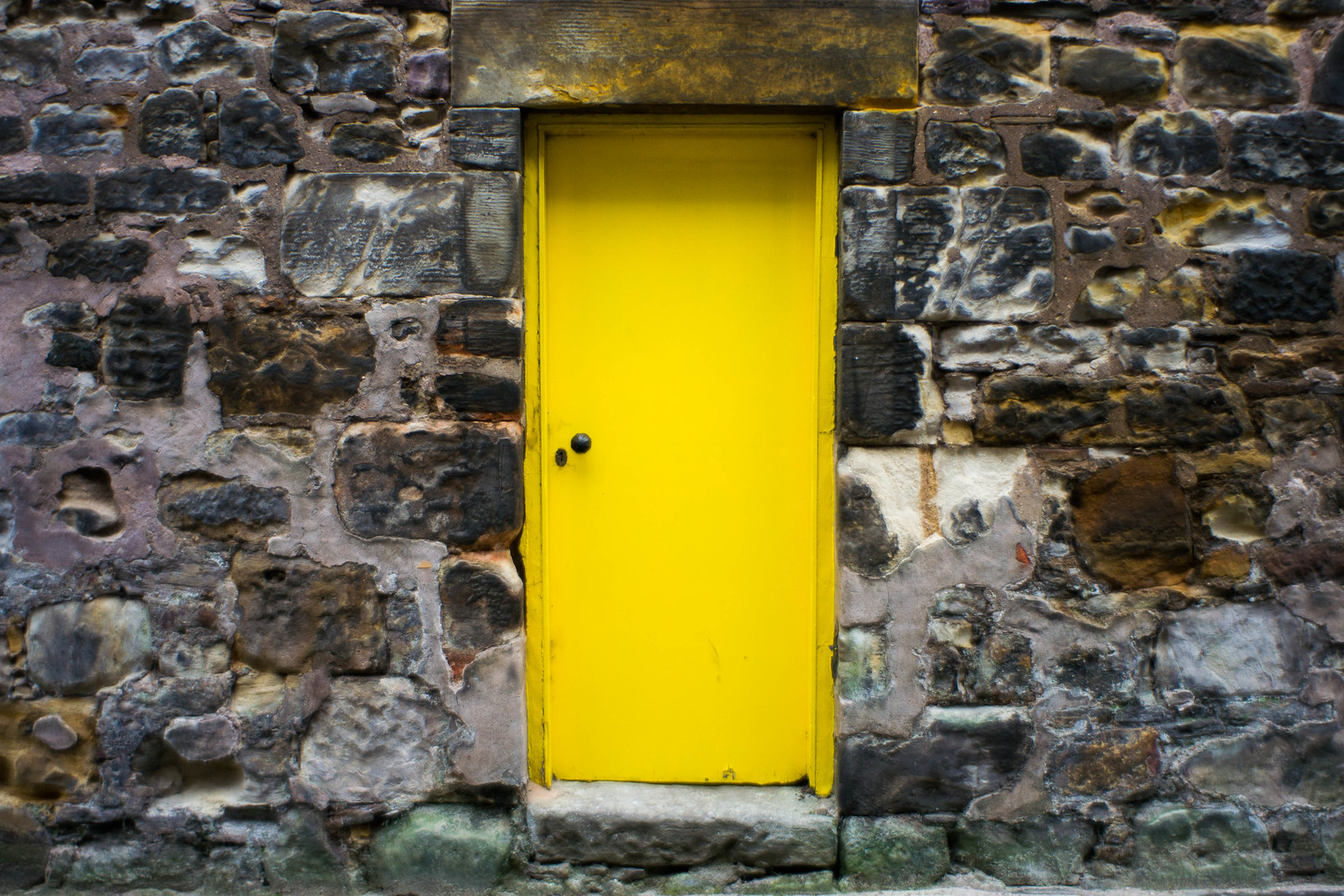 A change of scenery today with a trip to St Andrews. Pretty decent weather on the way over, that didn’t last long and the heavens soon opened. So not many shots fired today. 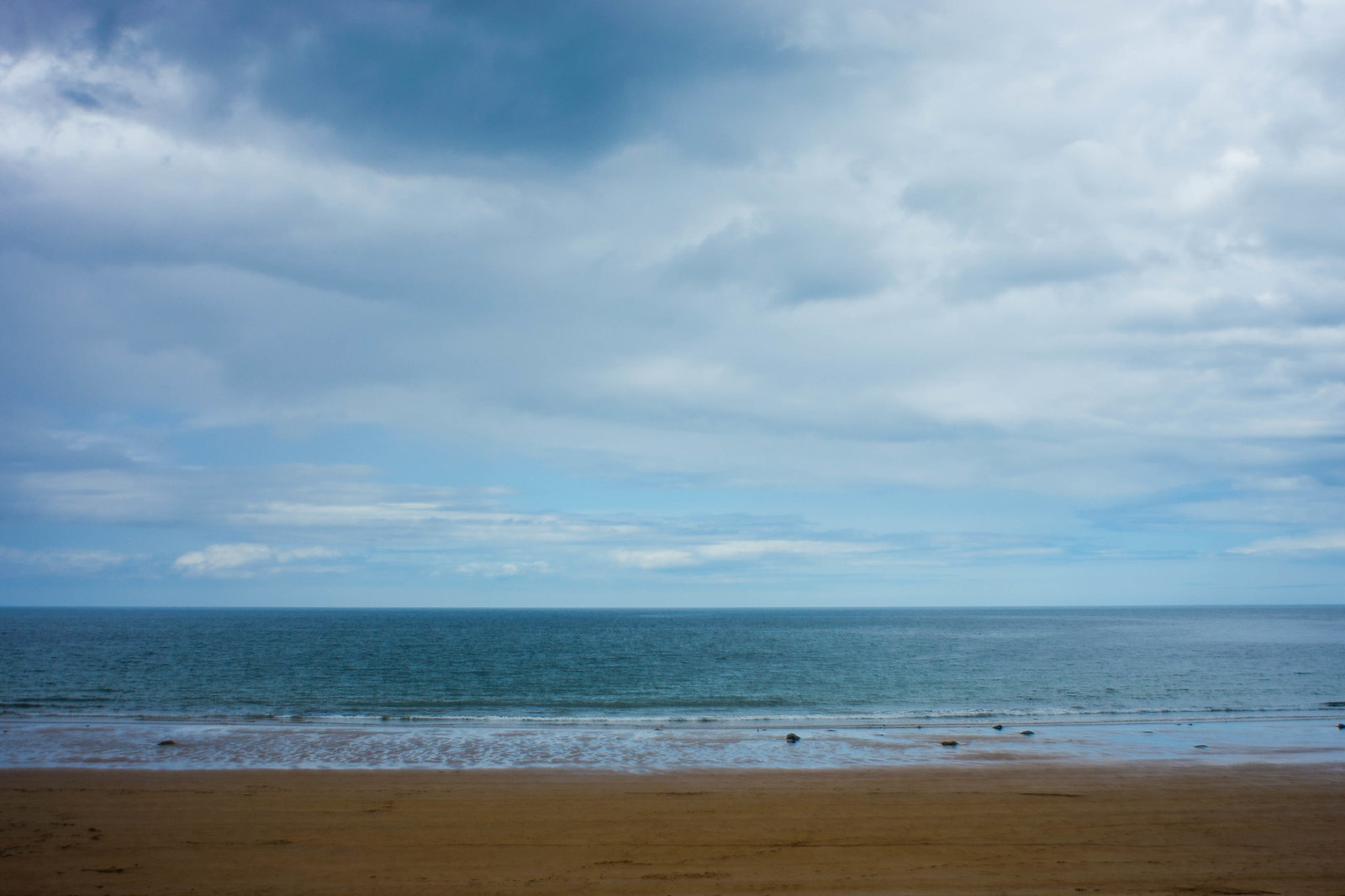 A hardy swimmer braved those waters today not that it’s difficult it’s only the North Sea! 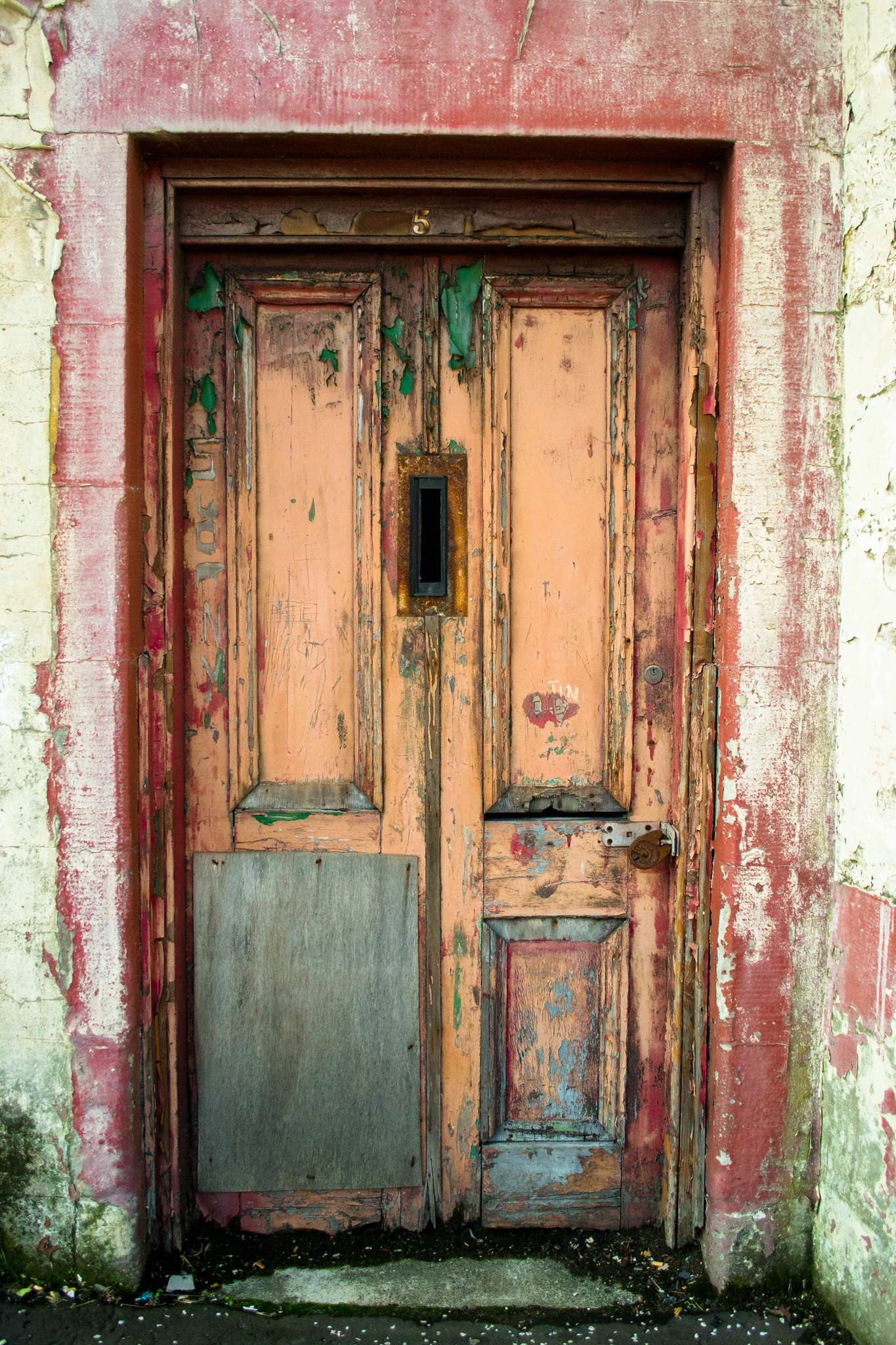 An old red door spotted on my travels through Ayr, Scotland. Not much more to say to that.

Couple of shots from last weekends urban exploration of an abandoned 19th century house just outside the city centre. 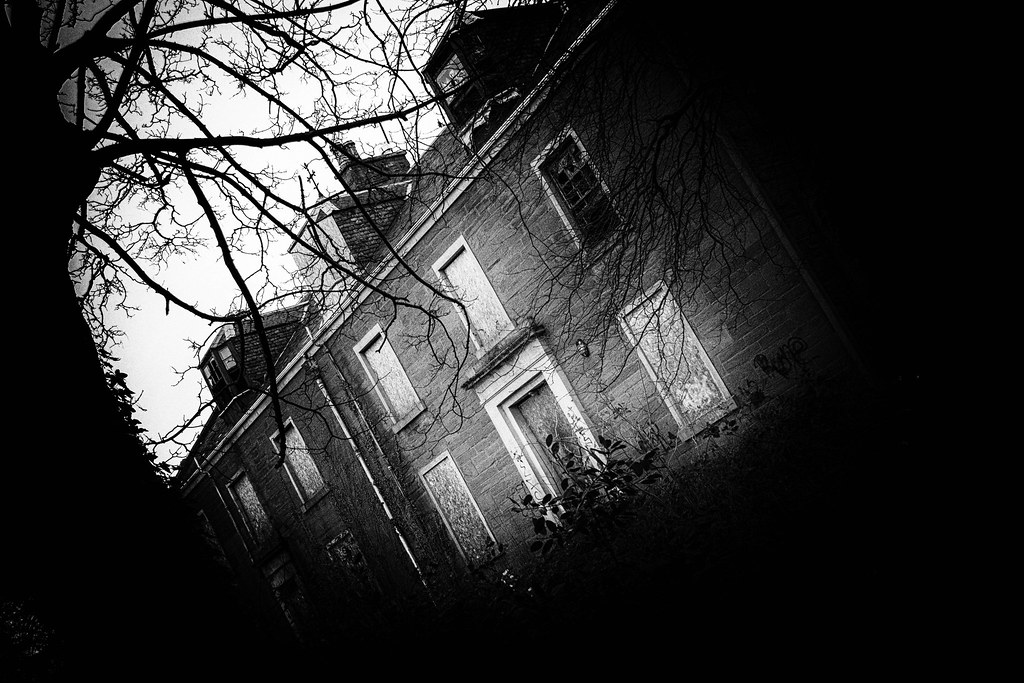 It was the hour of dawn,
When the heart beats thin and small,
The window glimmered grey,
Framed in a shadow wall.

Scouting out some places to explore today, no entry to this one. A spooky place just outside the city centre hidden away from human site.

Doing a bit of urban exploration the other day bringing back the childhood memories.
As kids we had an abandoned hospital not far from home, it was actually a hospital for infectious diseases which we were warned to keep out because “You’ll get leprosy!” Obviously leprosy wasn’t that scary to a bunch of kids so we’d regularly venture in search of ghosts. We never did make it to the first floor though the terror was just too much but we did see the ‘bone crushing machines’

There really was nothing better as a kid than exploring an old building seeing what could be found. We used to play in a wee old cottage with a rope swing in the back garden and under the house a cellar that was probably the darkest place on earth a place as Private Joker would say ‘For the phony tough and the crazy brave’

Another old building to explore was the old Blackshade Primary School, we used to climb through a broken window to get in but bizarrely through a small air vent to get back out. This school was rumoured to have a mysterious black cat roaming the corridors and a Ouija board had apparently been draw in one of the toilets. These two things would be running through your mind especially if you were last in line to squeeze through the air vent whilst the second last would hilariously pretend to be stuck while you were screaming like a bitch for them to “Get the f**k out!”

Sadly these building are just a memory, houses are on top of the old cottage and school. The old hospital was pulled down and a fire station built in its place although I do hope I still have a mention on the foundations of that building.
Bit harder to find easy access to any empty sites what with security cameras all over the place and my bad back hindering my climbing ability. There’s a couple that I’d love to have a look around too, if I get in you’ll see it here.