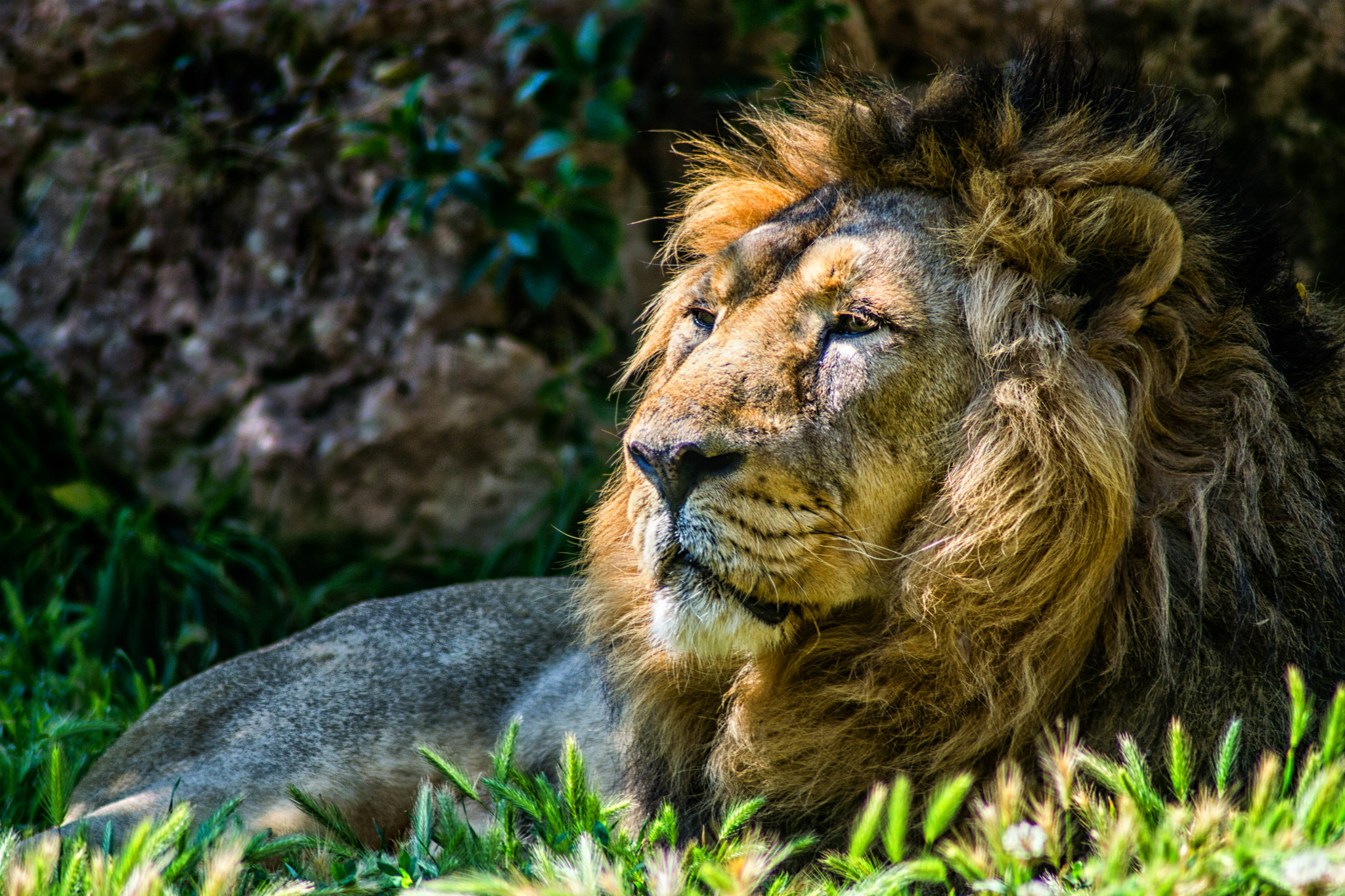 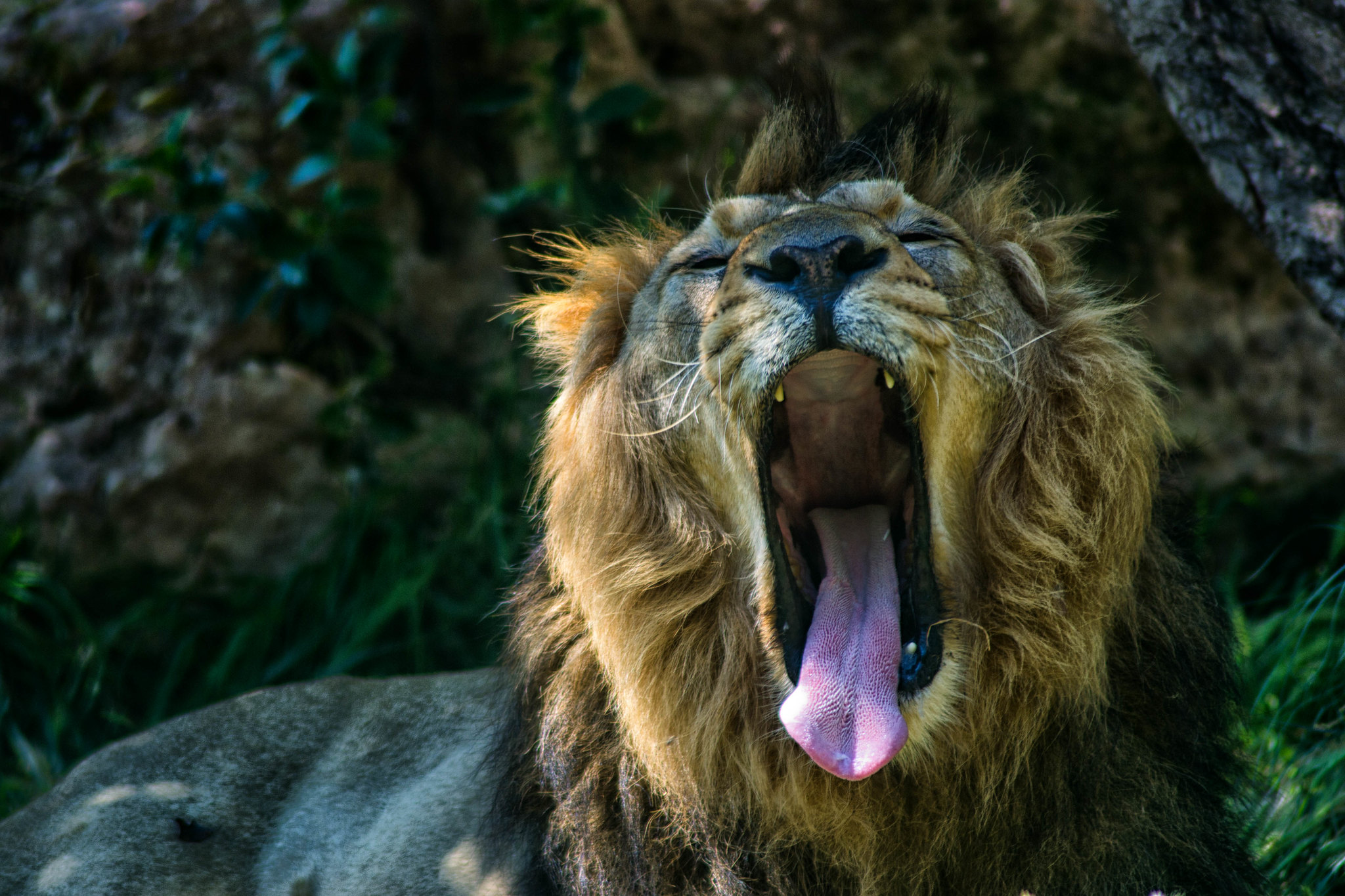 The lion King of Beasts always looks regal when he decides to sit up and cast his eye over his land. Sadly this chap doesn’t have much land to look over however I suppose he doesn’t have to worry about predators with rifles hunting him down. 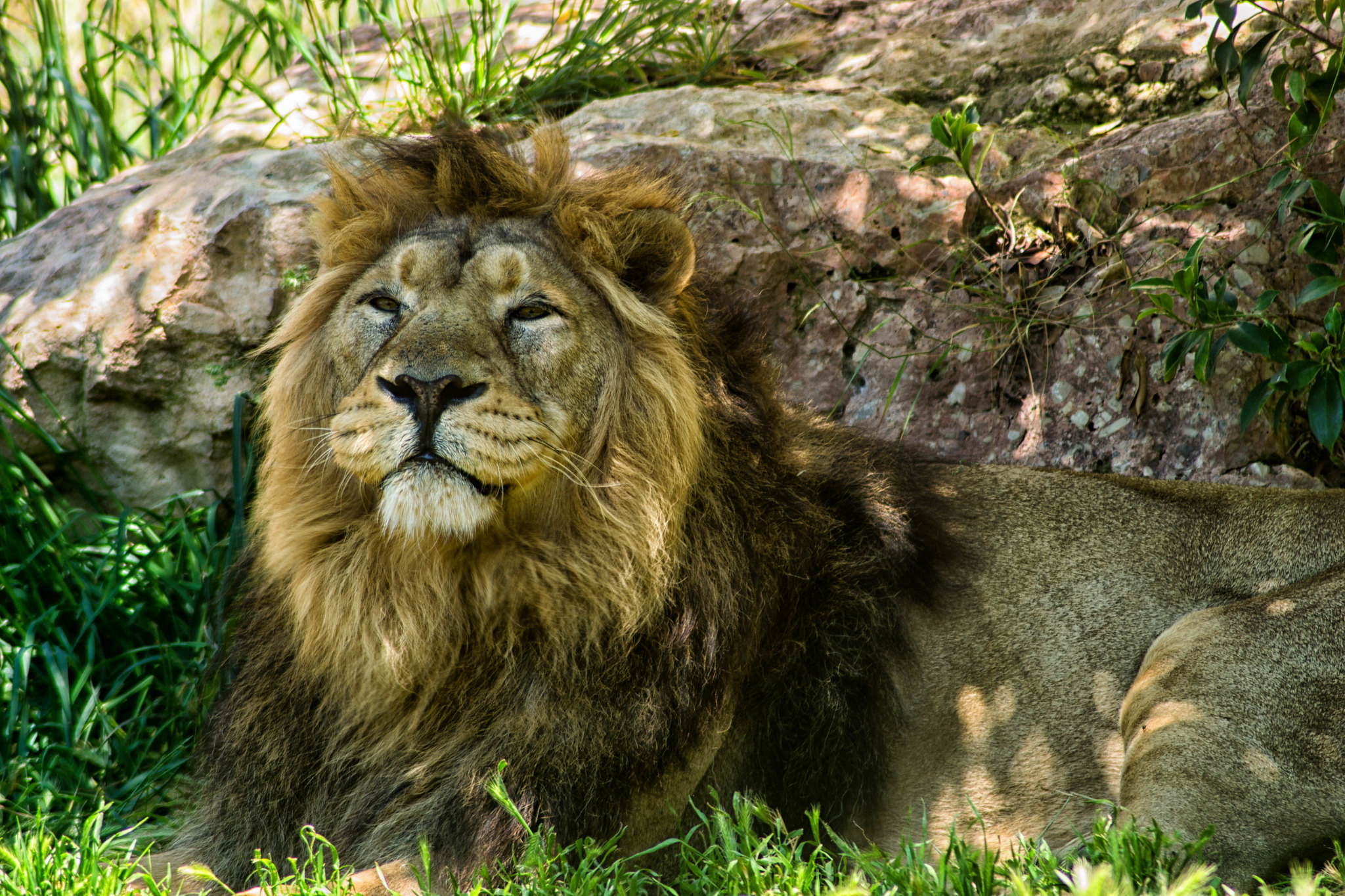 I pretty much had him to myself whenever I went to see him. Most days he would simply be sleeping in the hot sun as cats do.
I decided to sit with him and see if he’d pop his head up to see if I could get the money shot, face straight on with eyes locked on me.
Once he decided it was time to poke his head out from the grass his gaze followed me wherever I walked, too hot for him to walk out for a close up shop though.
Below is the money shot, my crack at the greatest photograph of a lion ever! 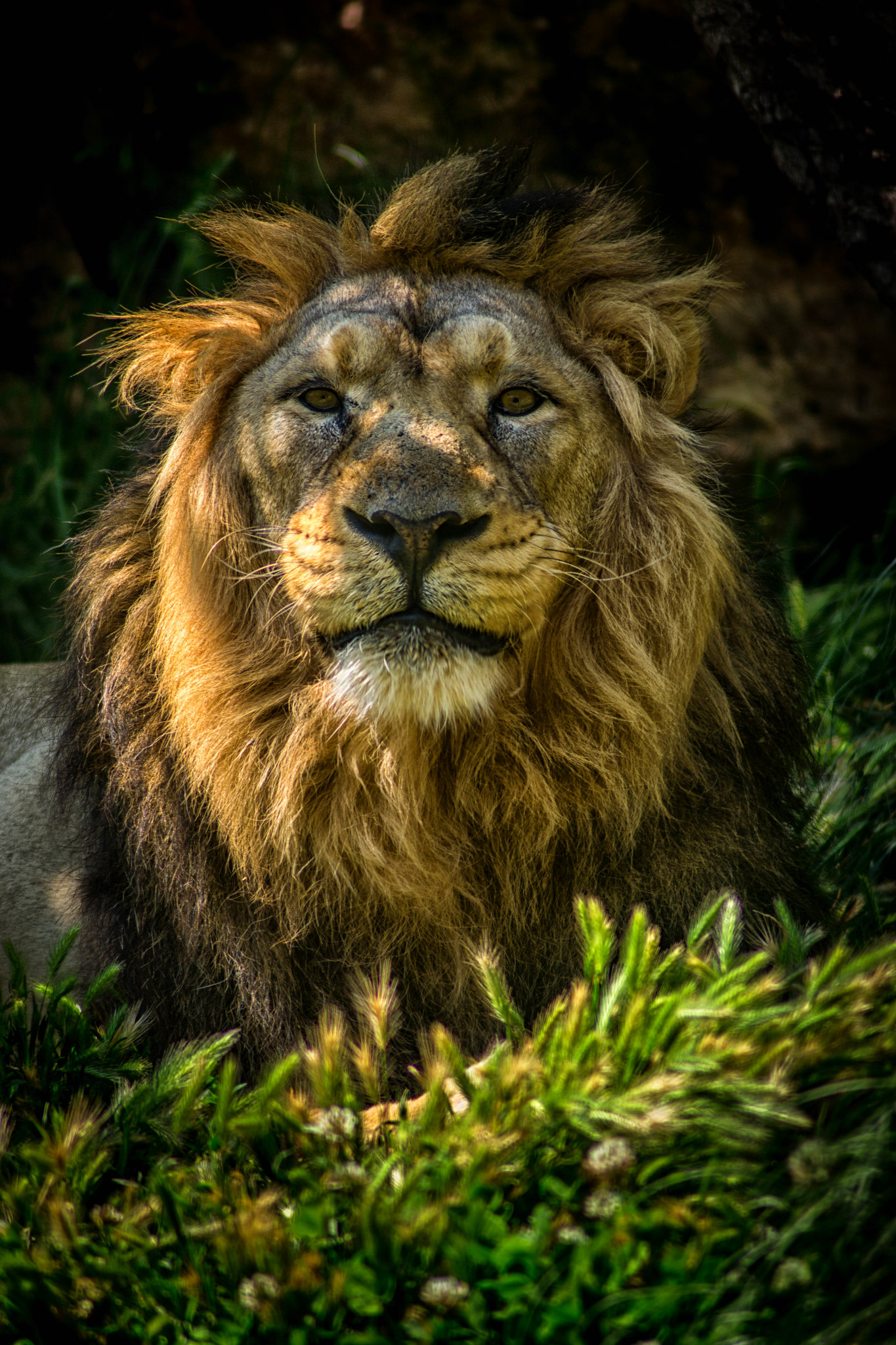 A photograph I’m pretty happy with. Originally I wasn’t going to take a camera on this trip as it was going to be relaxing by the pool for a week. Thankfully I did or there would be no close up shots of these beautiful cats without my trusty old zoom lens.