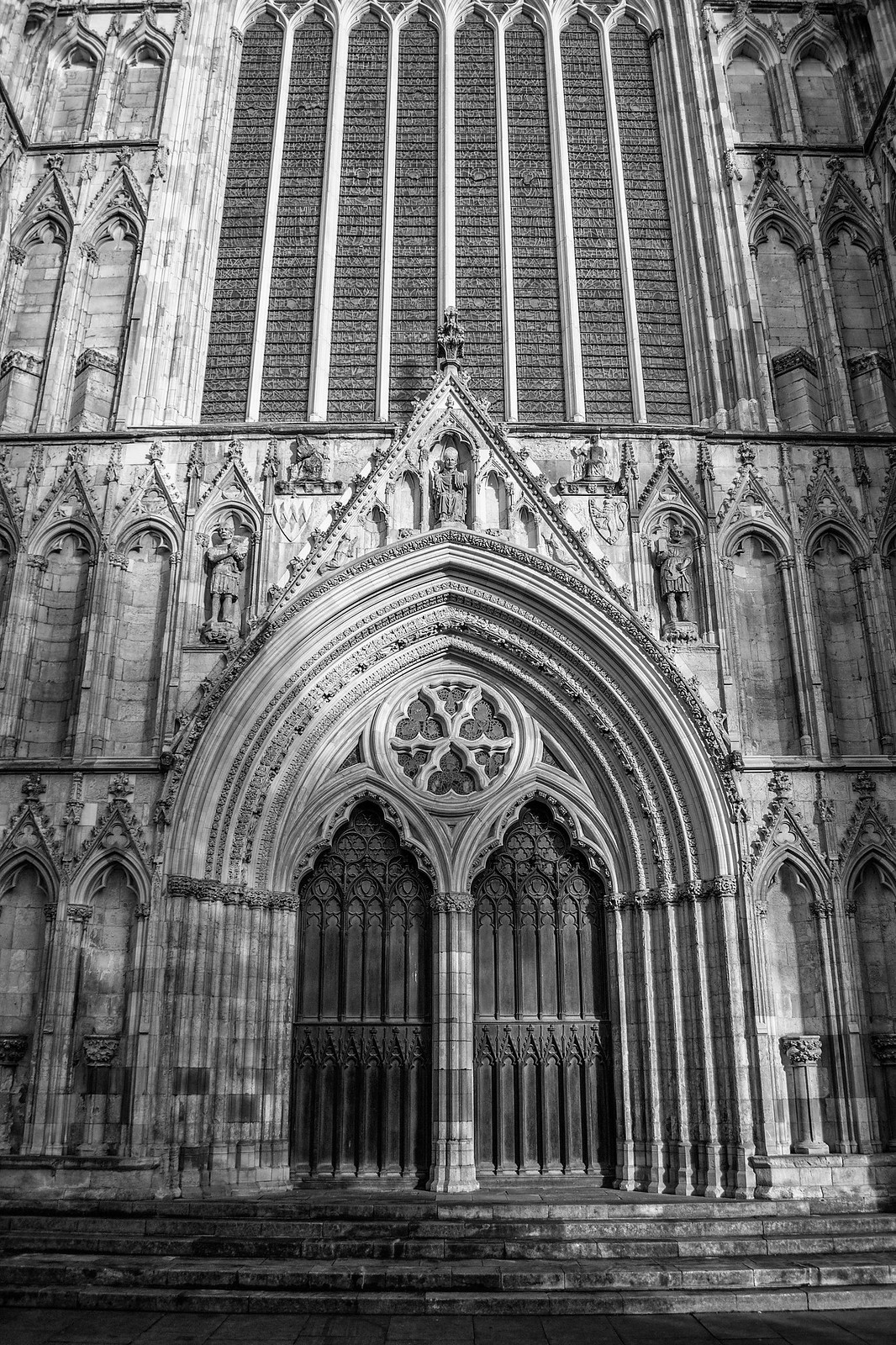 Pretty tough to turn up at the largest gothic cathedral in Northern Europe and not take the exact same photograph that every single other person has taken. Here they are anyway. 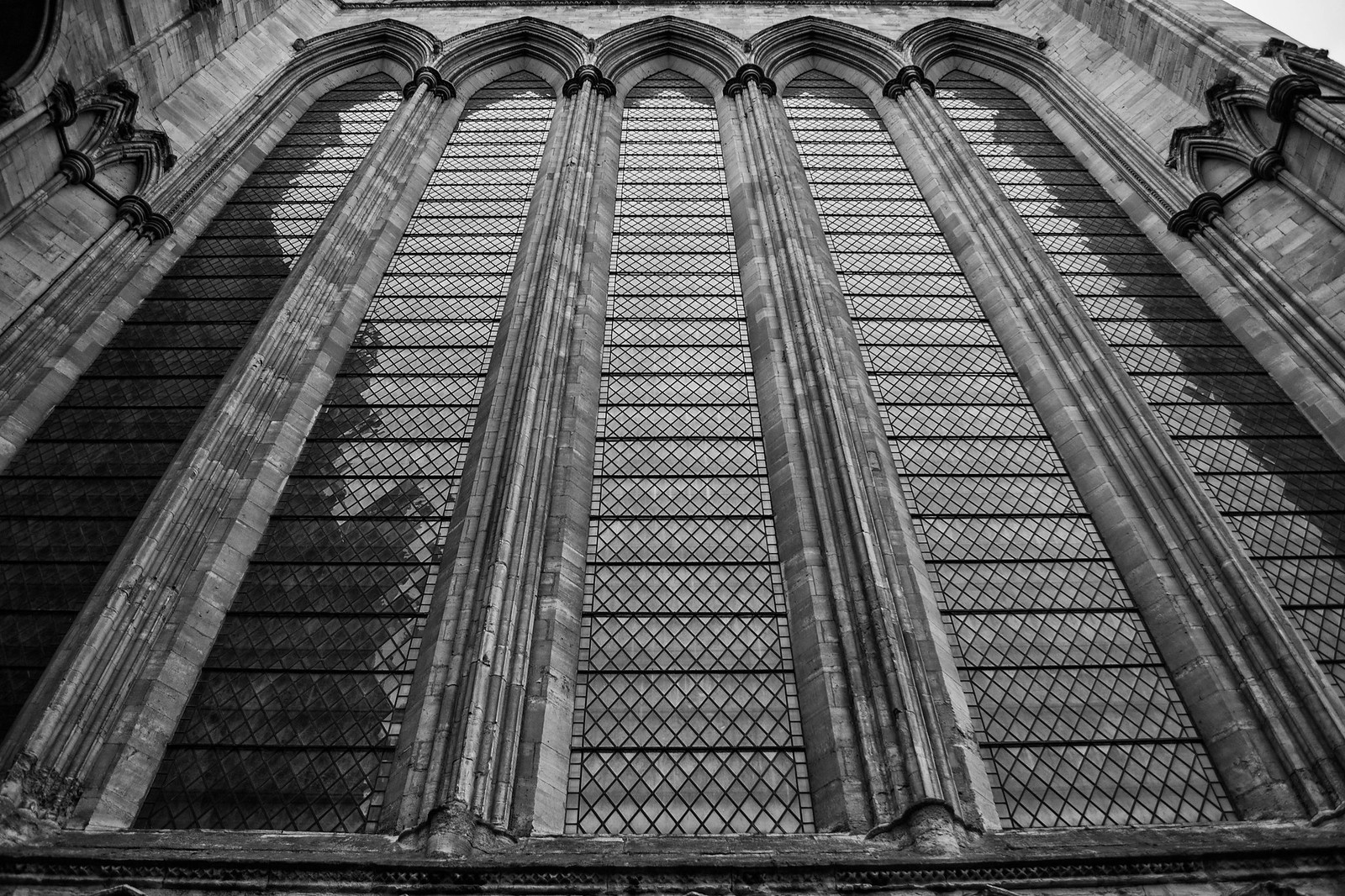 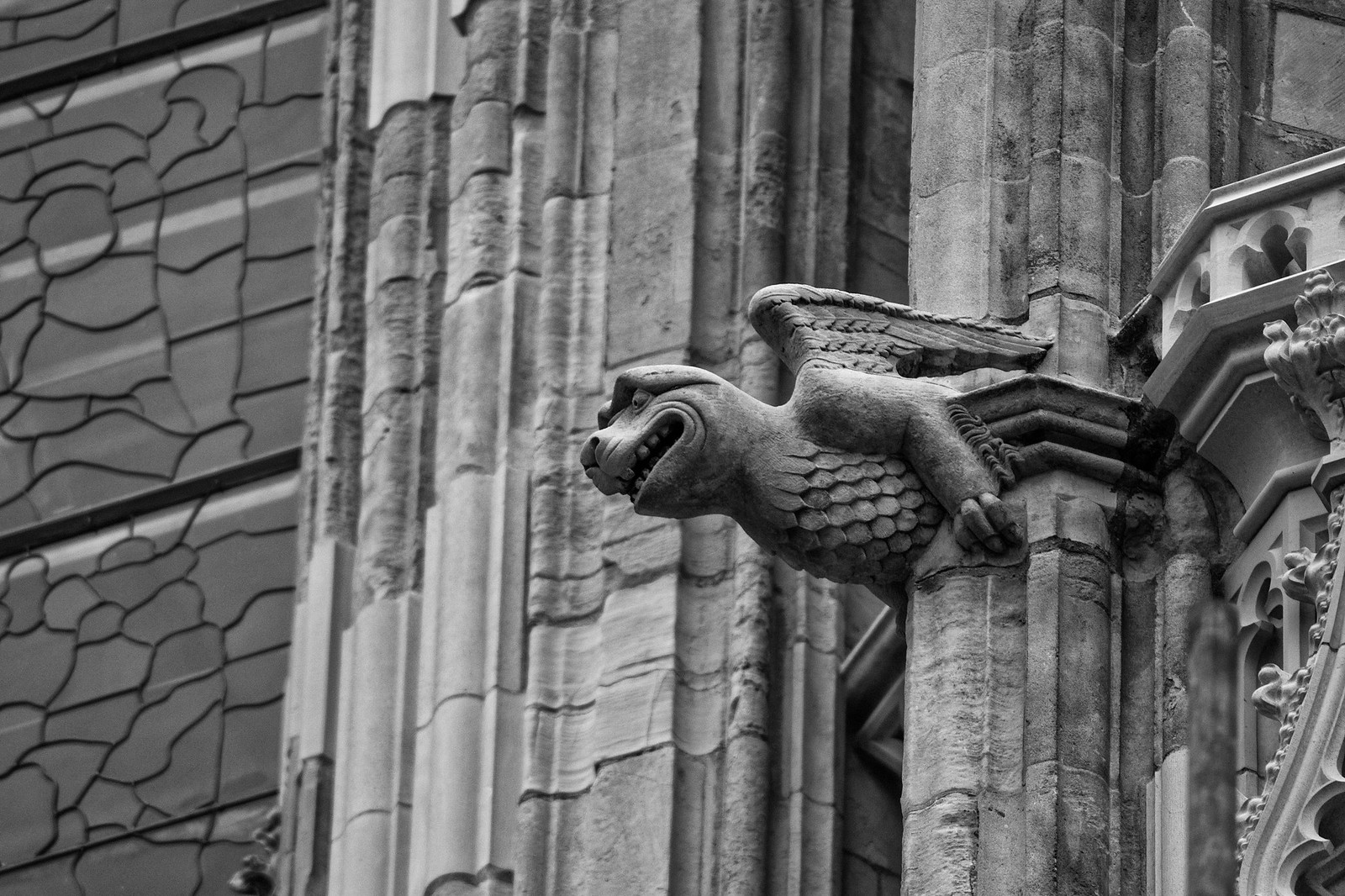 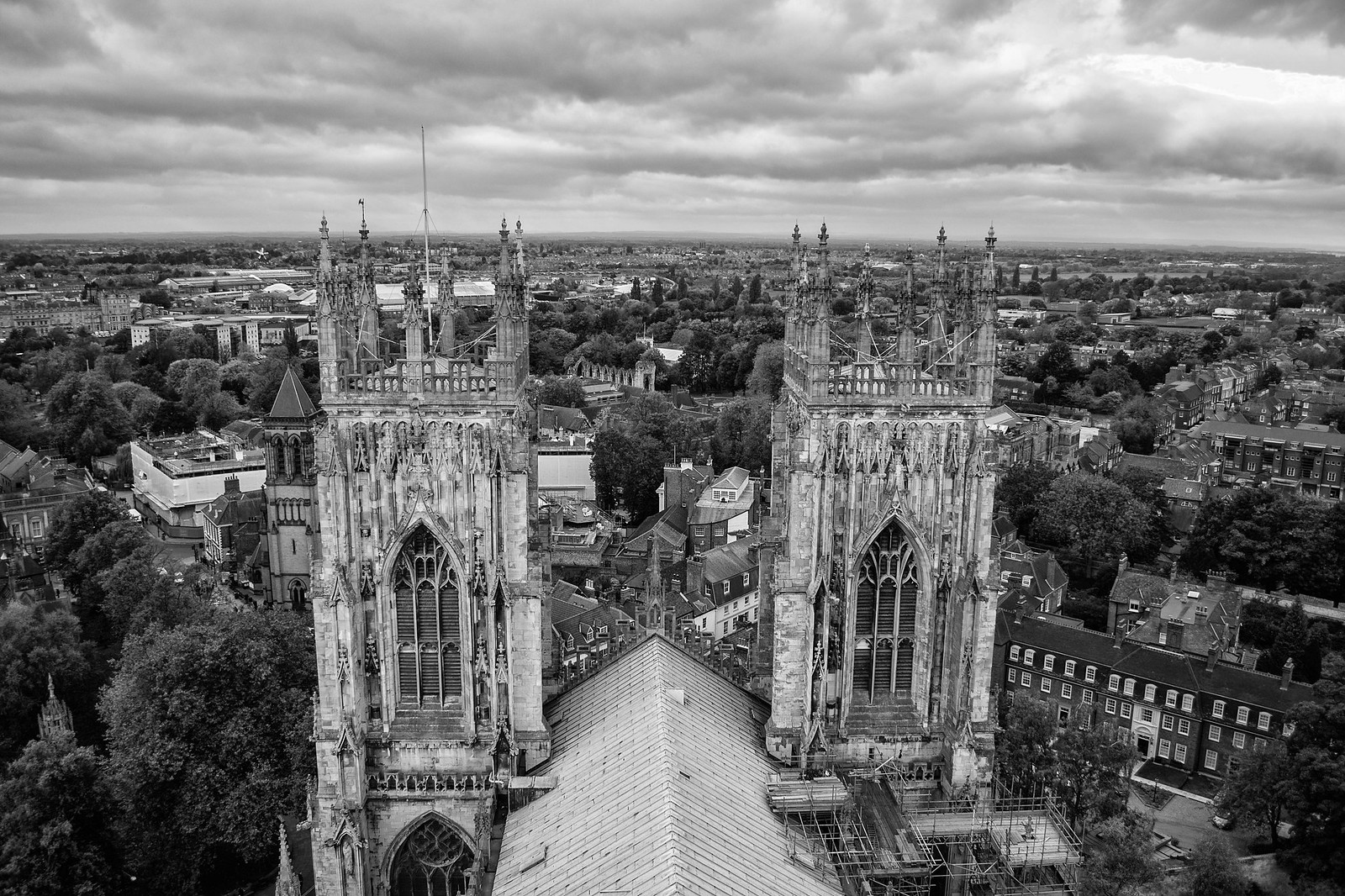 Above the view from the top, well worth the thirty quid we handed over for the experience. 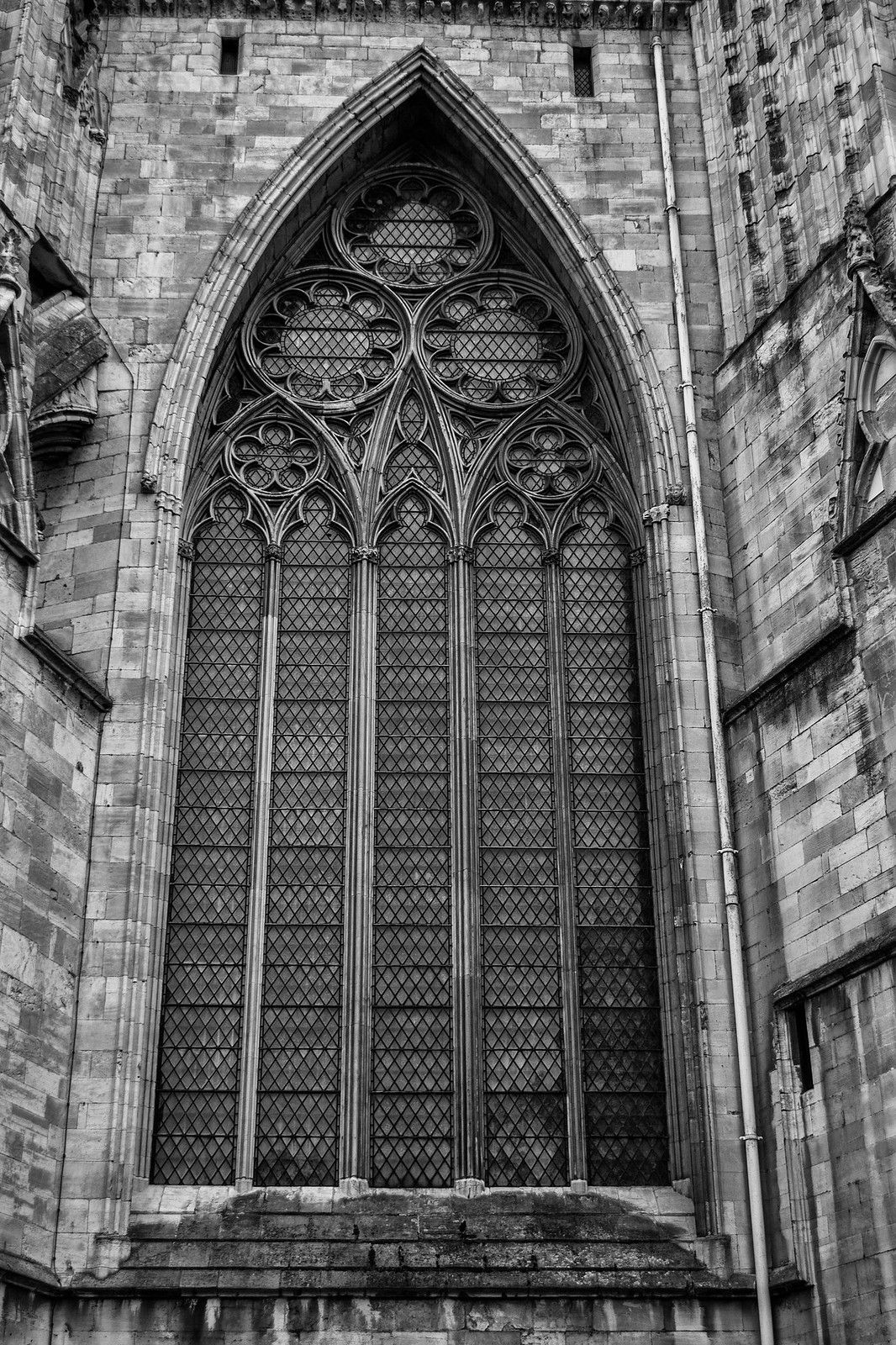 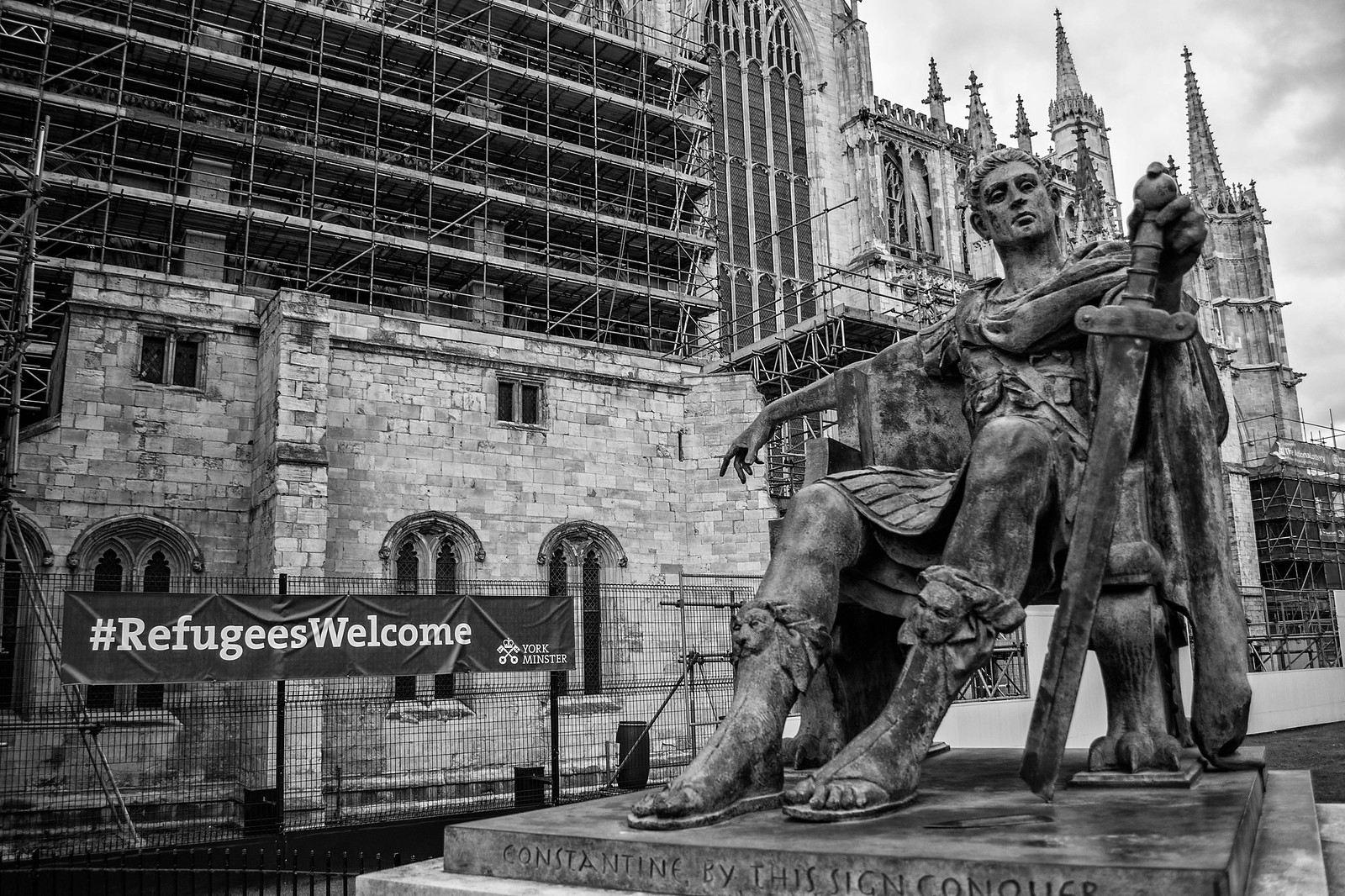 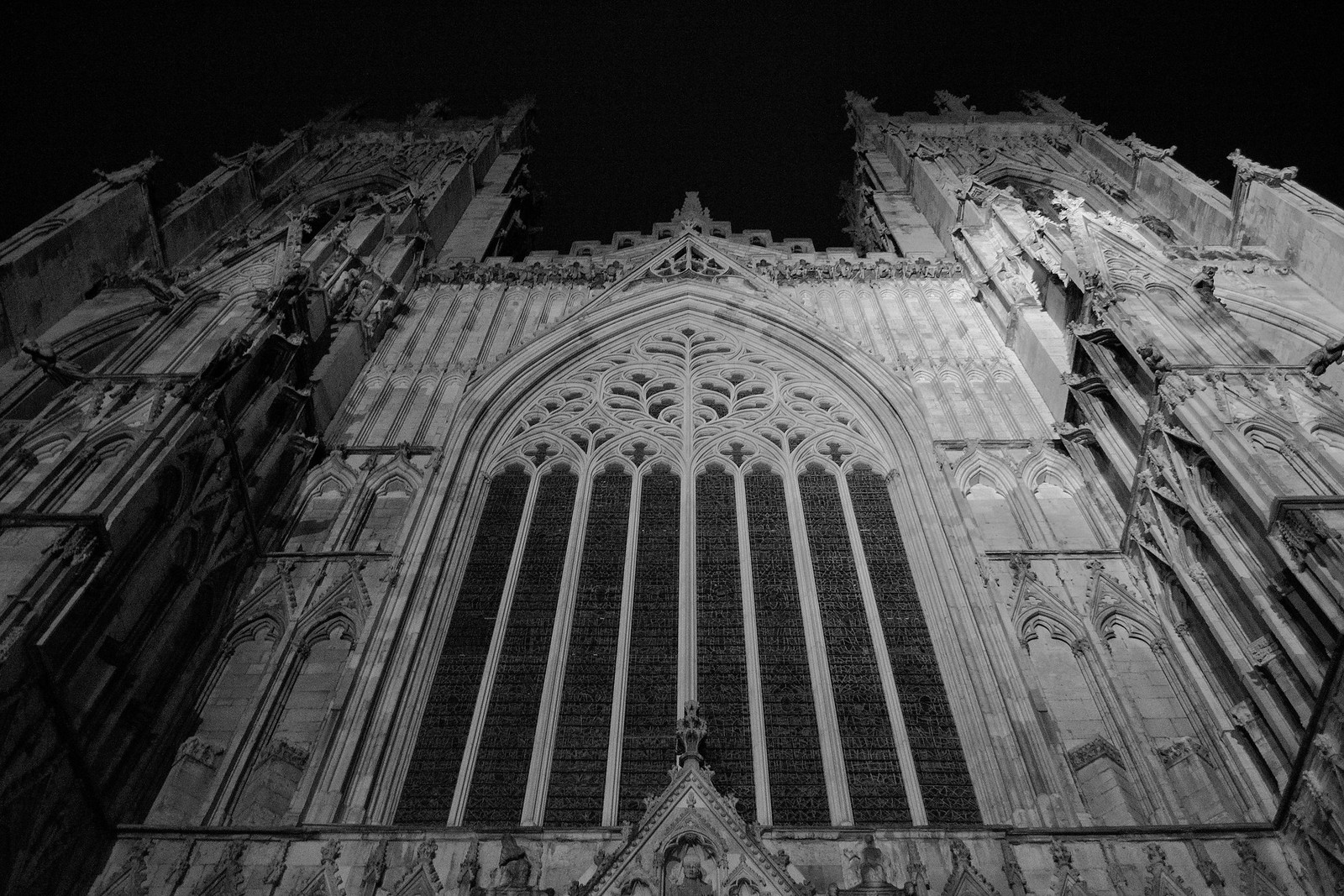 Above the cathedral stretches into the dark night while we wait for the ghost tour to start. Below my favourite shot which is a naughty one because it’s massively cropped. I accidentally zoomed in during the Lightroom process and liked the way the face filled the screen so cropped it was. 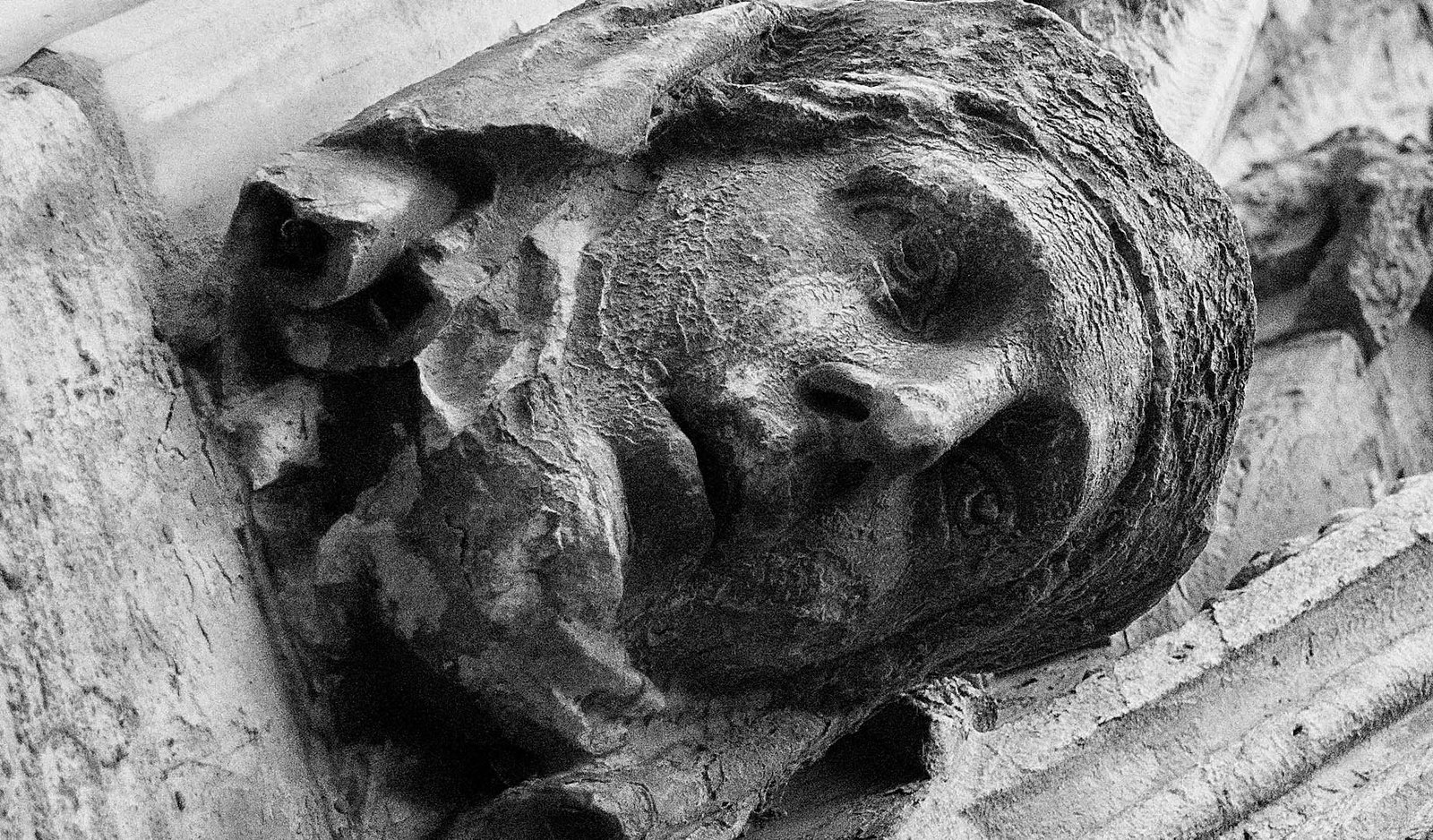 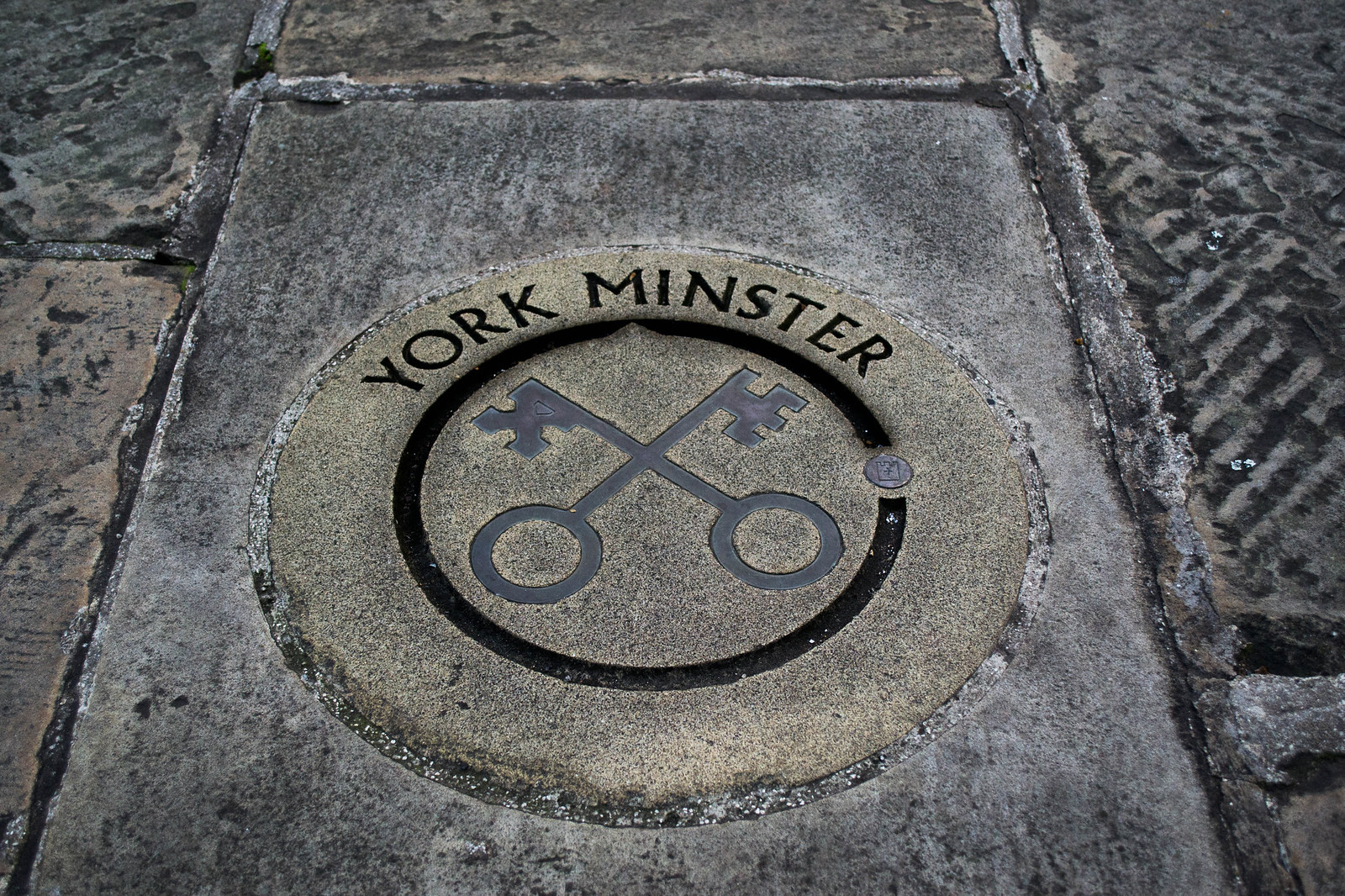 A few days holiday down south in York walking the old streets with wonky roofs, wonky floors and tons of history. 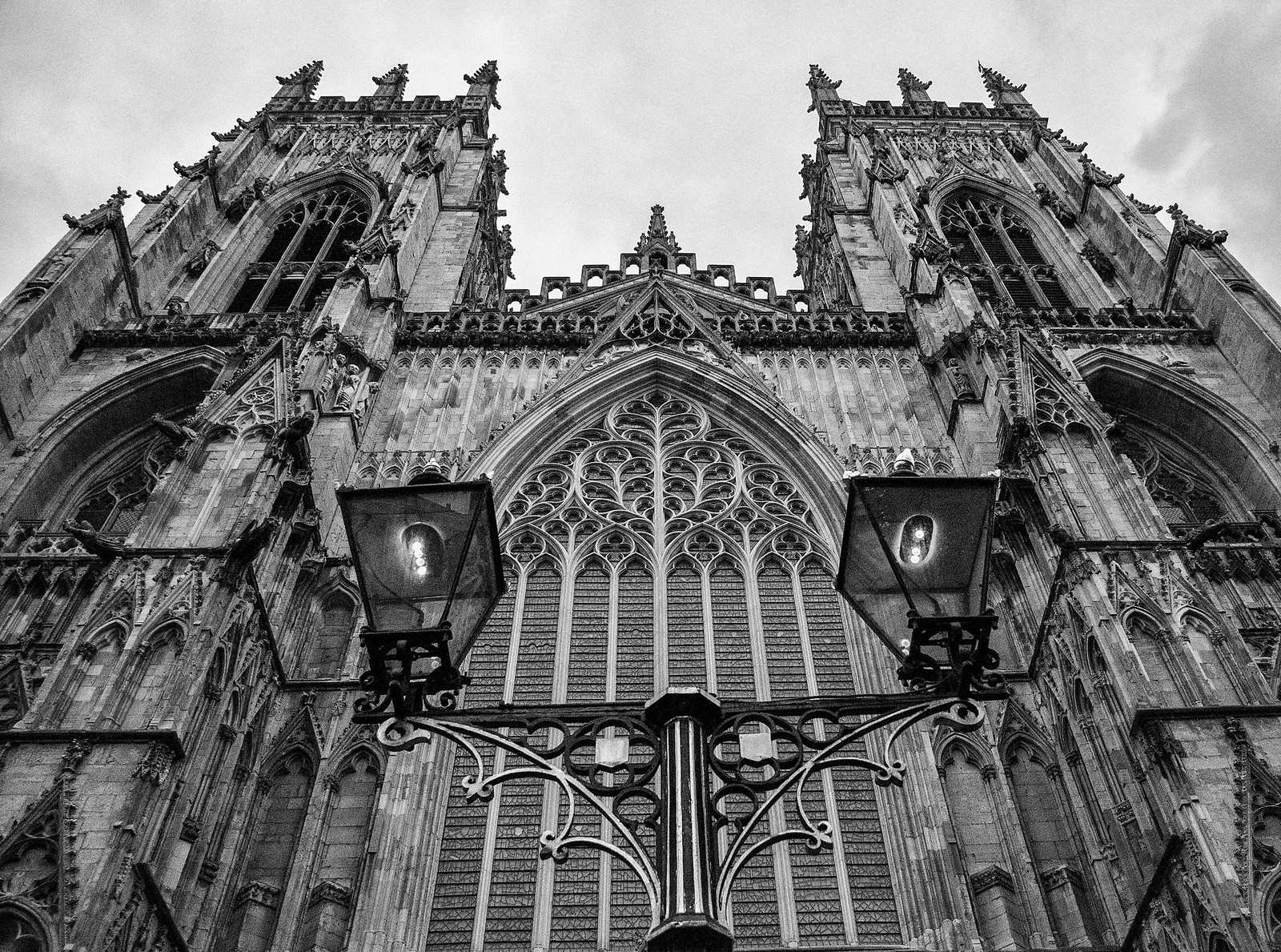 This might be the first of a couple of York posts not many taken on the DSLR but a few on the Nikkormat and the Zorki so they might follow in a week or two. 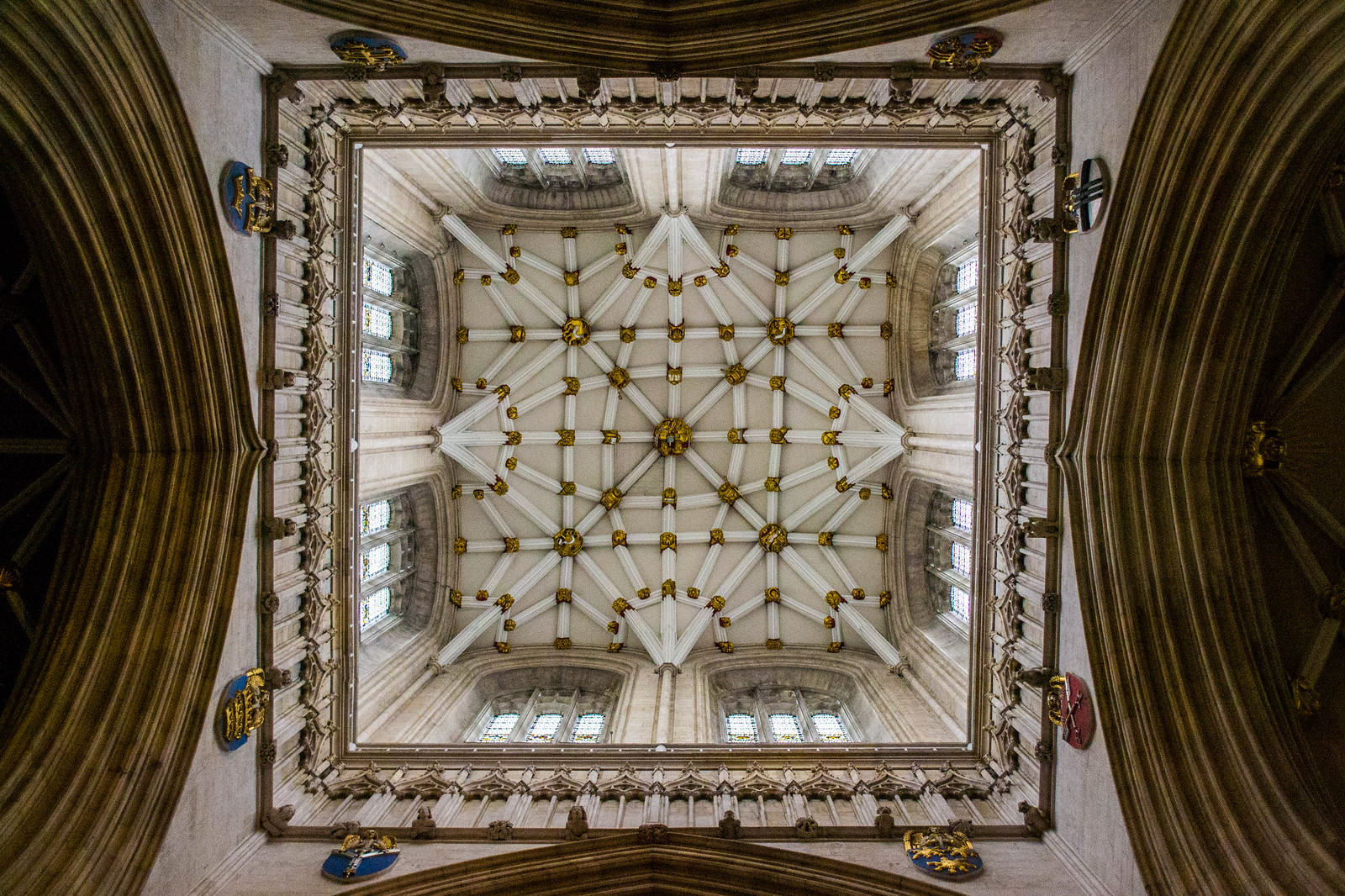 The above shot is probably the my best/favourite from the trip on the DSLR files. 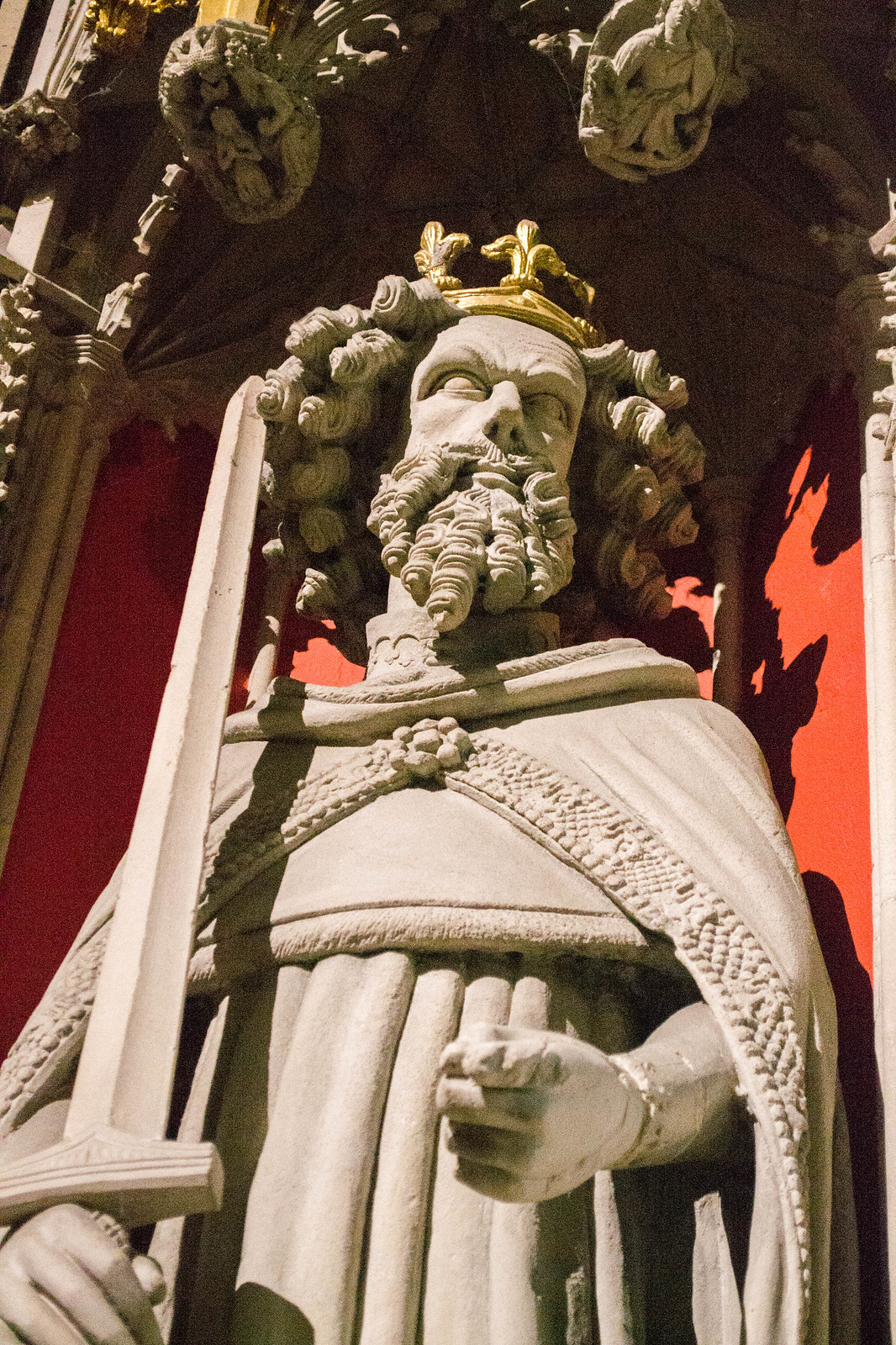 The Big Yin above. So massive down south that they’ve sneaked a statue of the man into the cathedral. This is in tribute to his album “Get Right Intae Him” which we would listen to as small children and chuckle like monkeys on laughing gas! You can listen to the entire album HERE Might be the odd naughty word in there so if you have sensitive ears don’t click the link.
Here’s an outtake from the sculpting sit. LINK