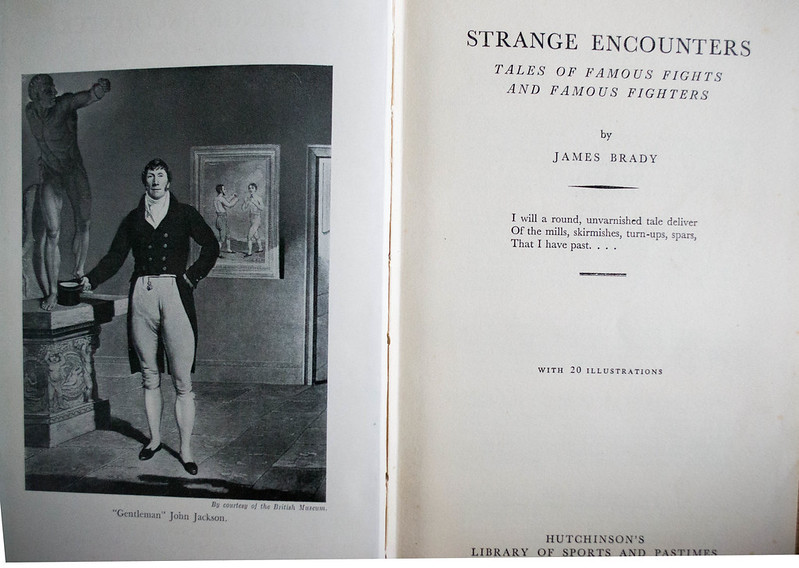 Being a fan of the sweet science and whilst looking for reprints of the Police Budget Famous Fights I stumbled across this book on amazon for the bargain price of two thousand five hundred pounds. After a little rummage around the net I got it for a much better price and it finally turned up at work today.
It’s basically a history of the fight game before the Marquess of Queensberry rules. Featuring such fighting greats as Tom Cribb, Thomas Molyneaux, Tom Sayers and accounts of some of the fights they would take part in. 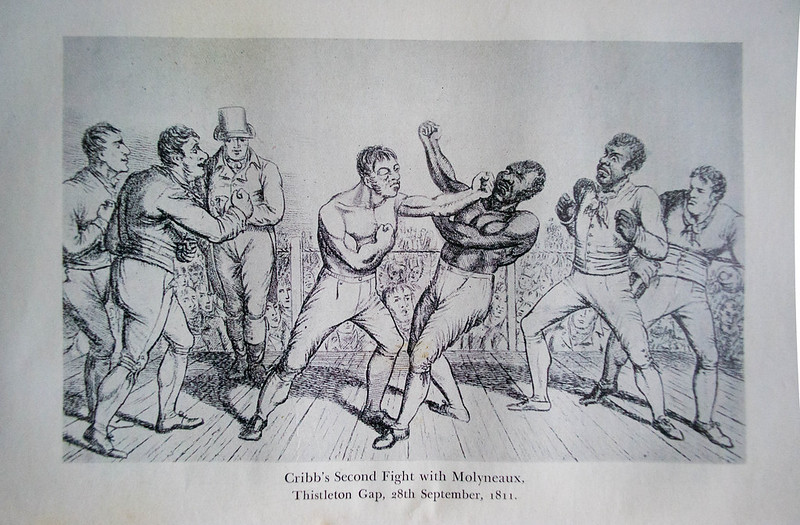 There were no rounds in these days, well there was rounds but they would begin with the combatants stepping ‘up to scratch’ and ending with one of them on the ground. This would go on until one could continue no more. 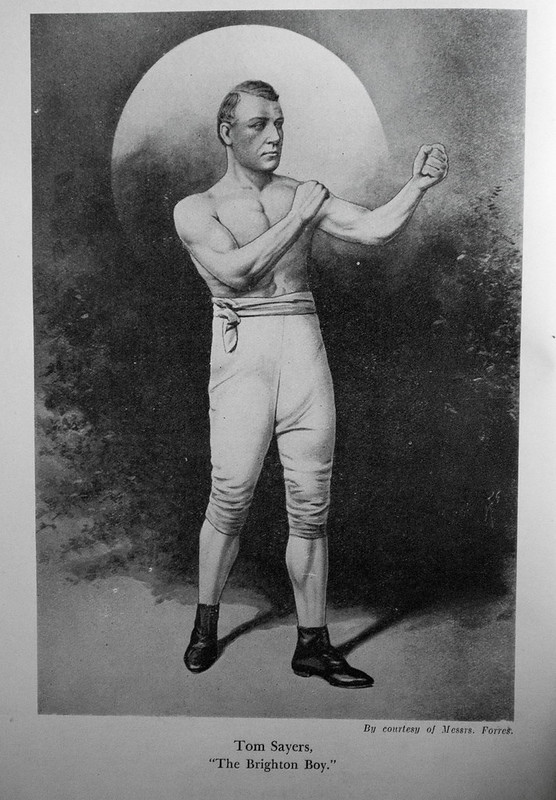 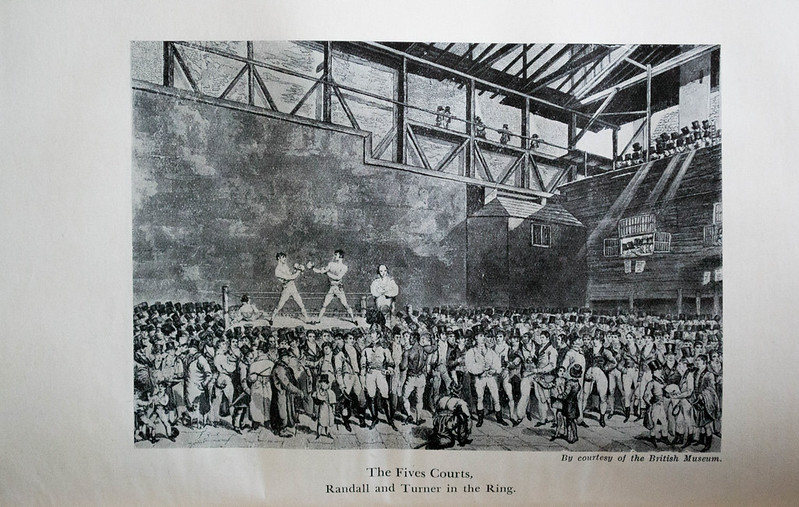 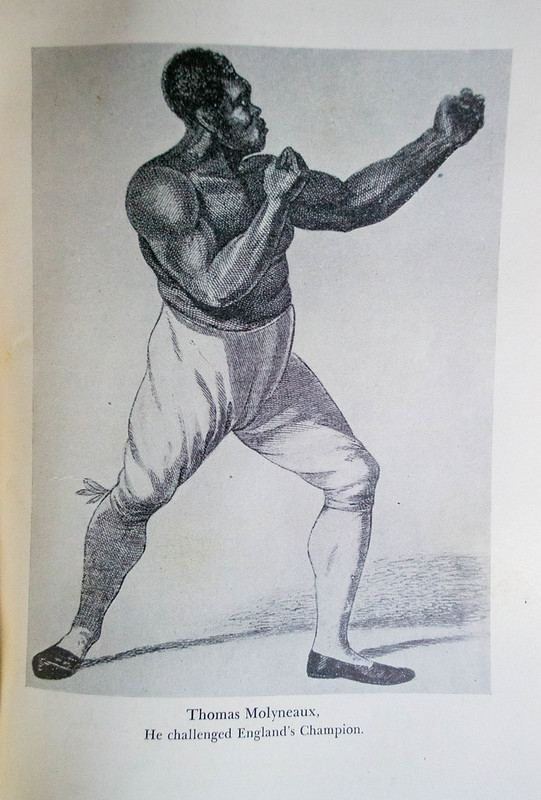 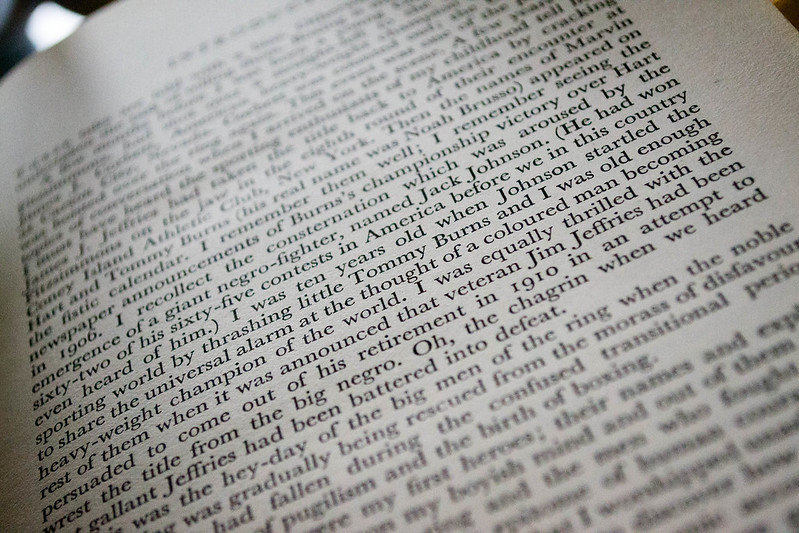 I think the book could be a first edition published circa 1946/47 and shows a different time when the writer can recall the time he was alarmed at the thought of a coloured man (Jack Johnson) claiming the heavyweight title. 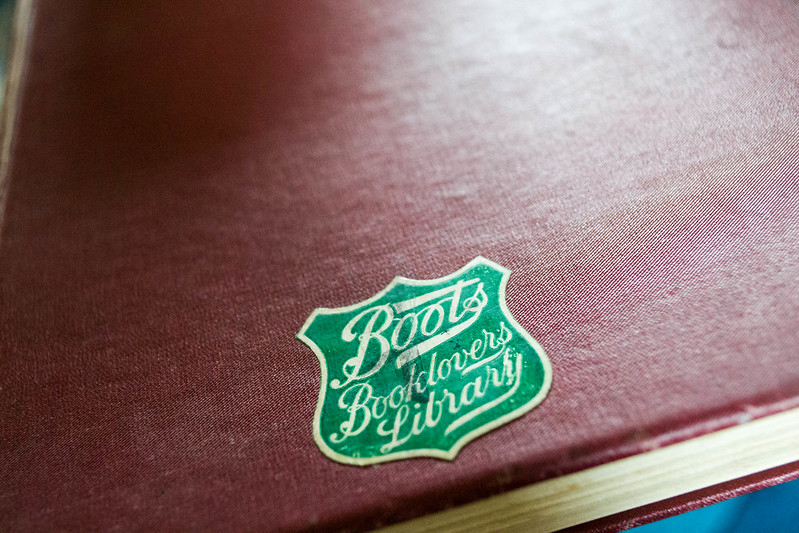 This is the book front cover the sticker from Boots which opened its libraries round about 1898 the last one closing in 1966, quite like these old books the stories they tell on the inside and if they could talk they could tell some stories on the outside too. 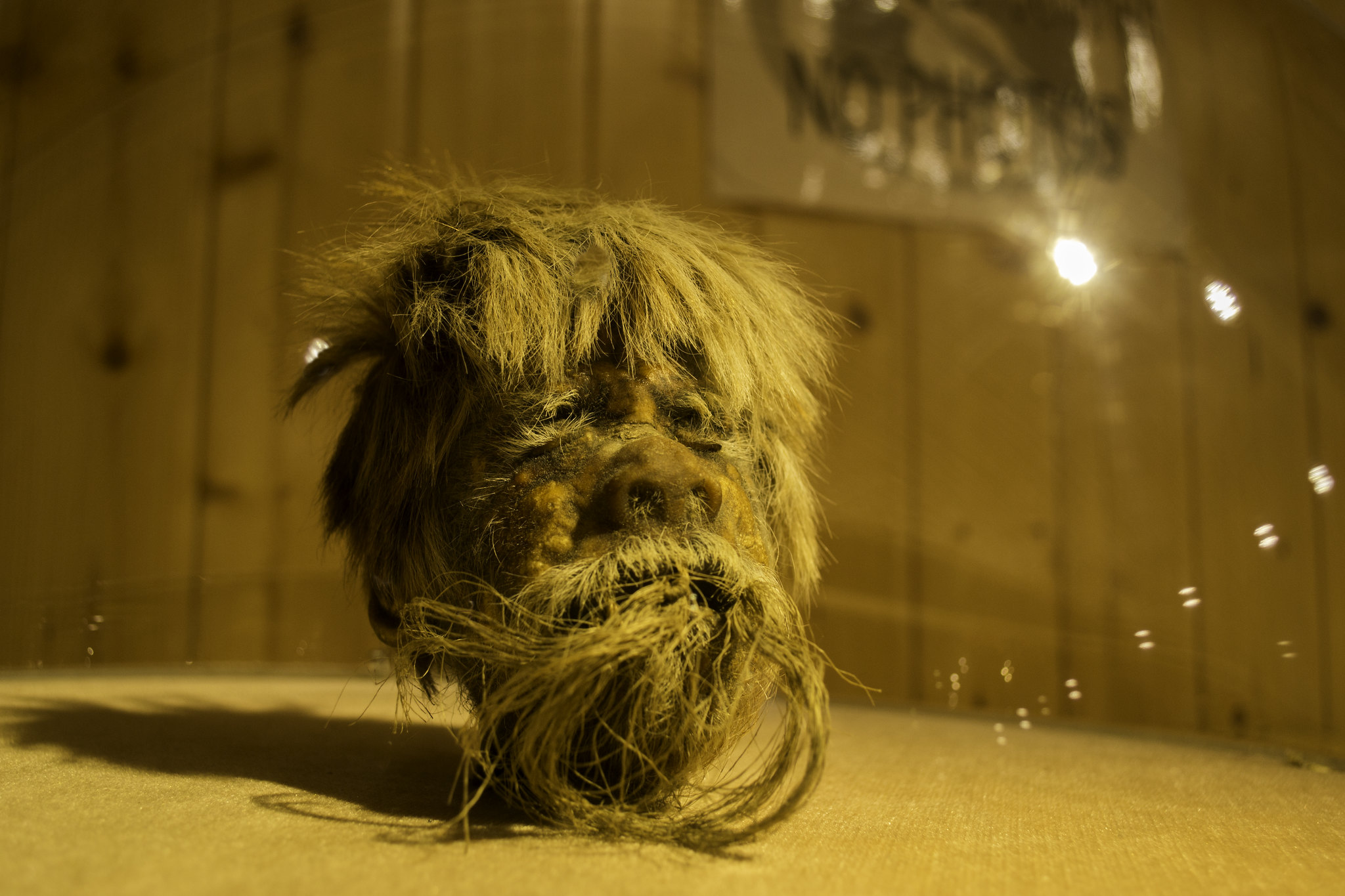 Shrunken head in a the little Museum of Miniatures, Mijas.
Dundee museum also has a shrunken head in its collection I’ll maybe grab a wee shot of it over the weekend.

Some shots from way back in the day using the mobile phone of that time.

Was originally done with a splash of colour but the constant uploads/downloads have taken a toll and the image is pretty poor these days.

Tried to pop this one with a wee run through the Nik Collection. A fine location for a fix of junior football on the grassy bank enjoying the sun. The chimney left of centre is Cox’s Stack.

Not far from my house a wee Sunday walk into the countryside.

A building covered in scaffolding actually the Waterstones book store in Dundee. Banged through the software again.

Yesterdays bit of exploration was a wee walk into the countryside to an early 19th century cattle courts and farm steading. The farm was in the hands of the Mount family from 1870 until 1949 when George C Mount passed away.
Old farmer Mount never used tractors so it would be pretty amazing if these horse drawn  items are his sitting in a shed since 1949 and probably purchased years before that.

Added a wee bit of colour to the old black and white image.
This from Dundee’s ancient Howff Cemetery which is needing a bit of TLC so a wee group have gotten together to do something about it. https://www.facebook.com/howffrestorationgroup

Couple of shots from last weekends urban exploration of an abandoned 19th century house just outside the city centre.