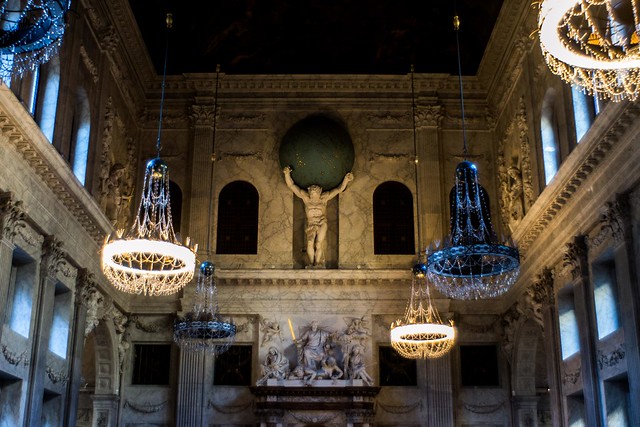 During our Amsterdam trip we stopped off at the Royal Palace for some touristic culture. The above shot is the main hall that greets you as you come up from the main entrance. You can actually walk through the building on Google Street. 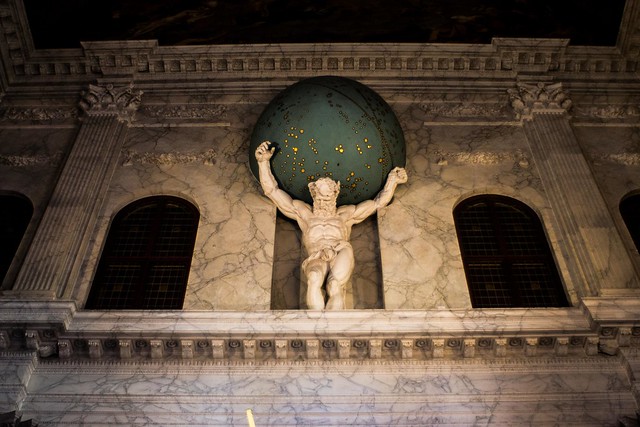 Above good old Atlas holds aloft his celestial globe. It was a bit dark inside parts of the building so the ISO has been ramped up a bit on these shots. 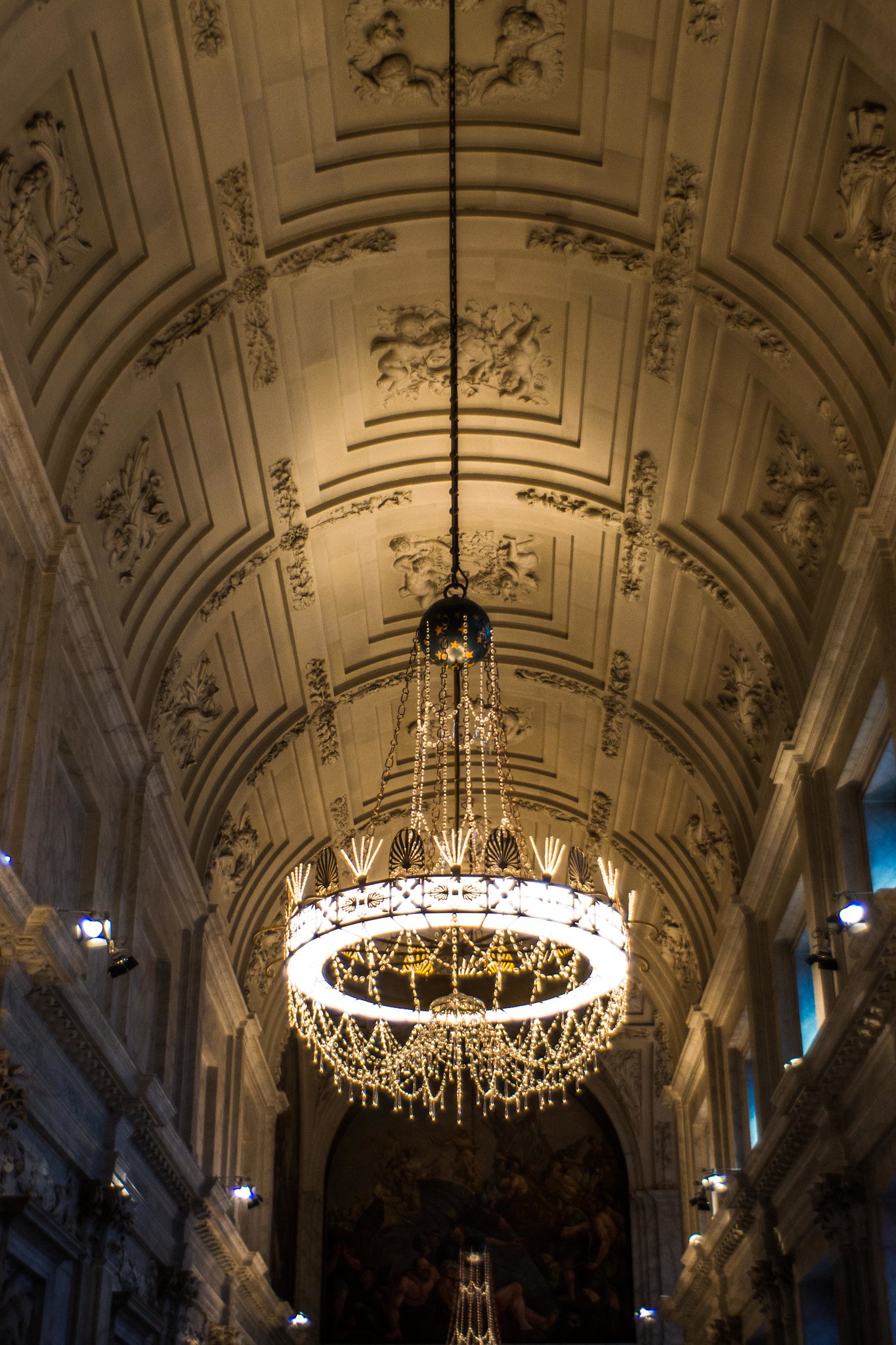 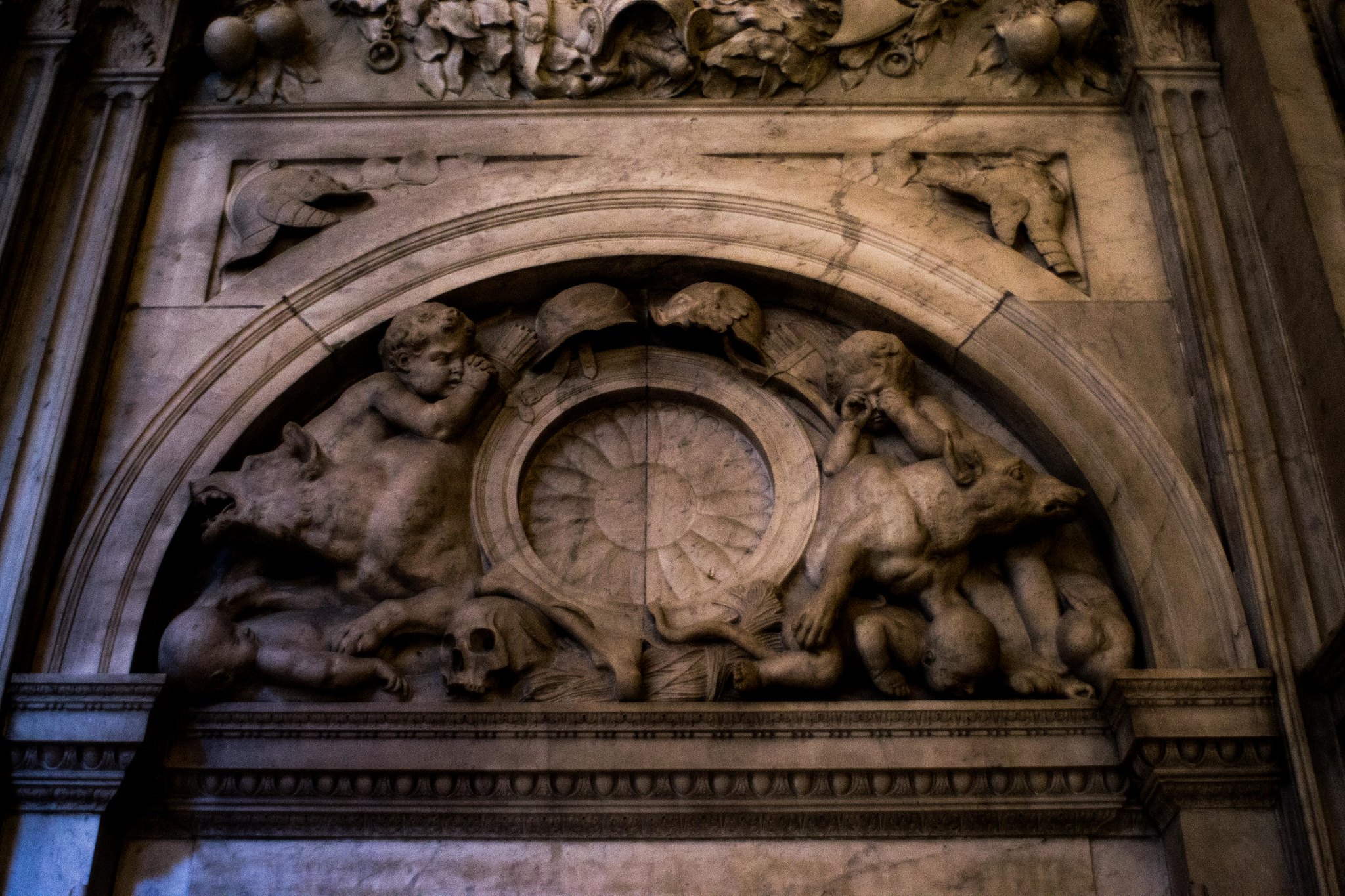 Wolves and crying babies, a reference to the terrible aspects of war. This freeze is above the entrance to Queen Hortense’ apartments, she didn’t hang around in them for long. The skulls were depressing and the smell that came from the nearby canal was too much. 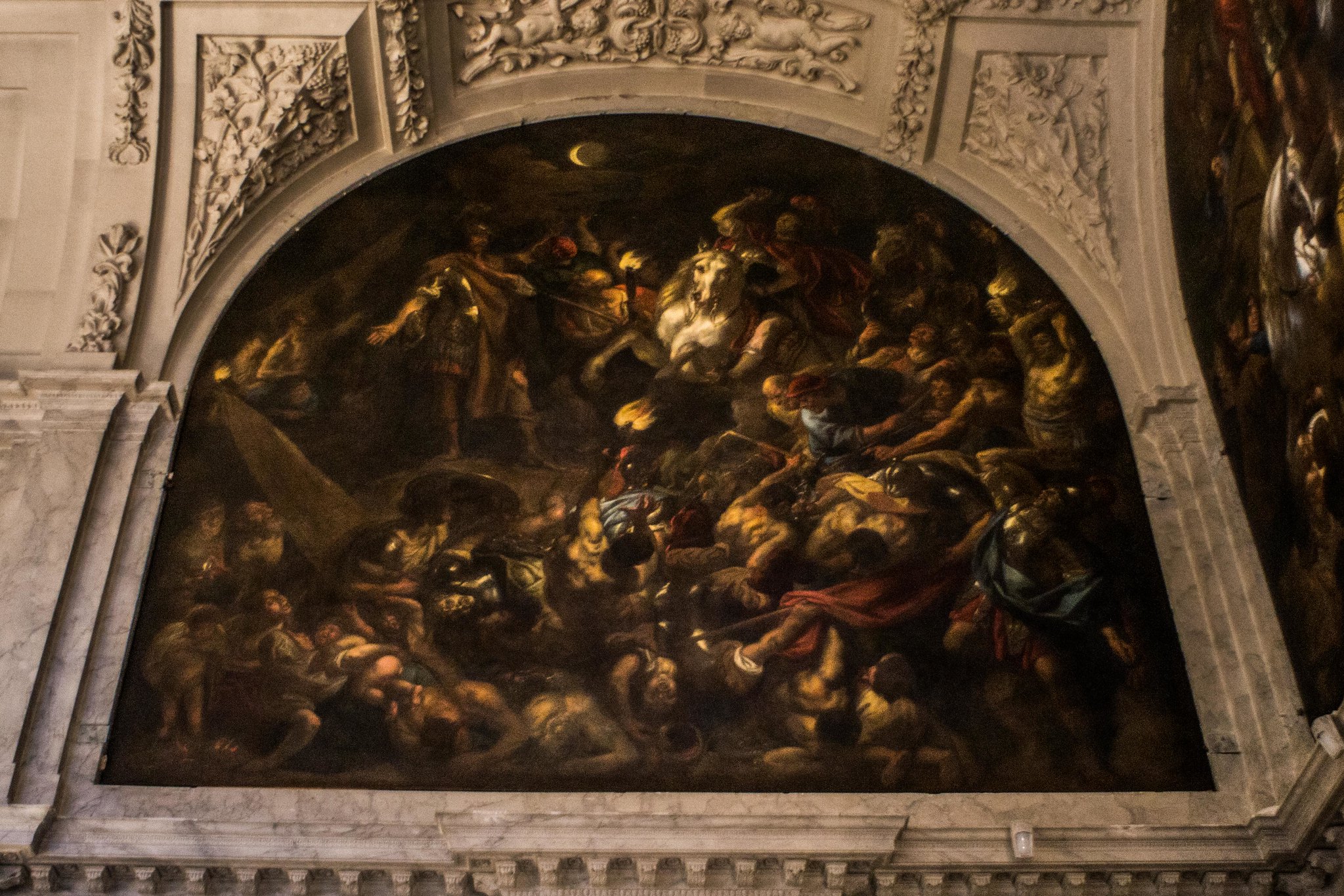 A Roman Camp Under Attack By Night painted by Jacob Jordaens Epic looking painting which was pretty hard to make out in the building due to the darkness. 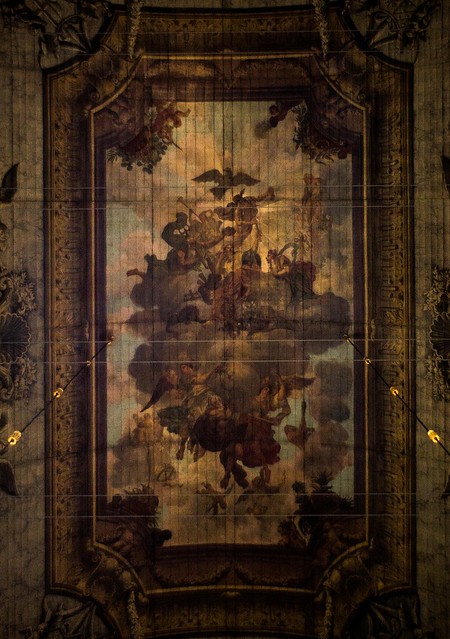 Above is the ceiling in the main hall made of timber and supports six massive chandeliers. 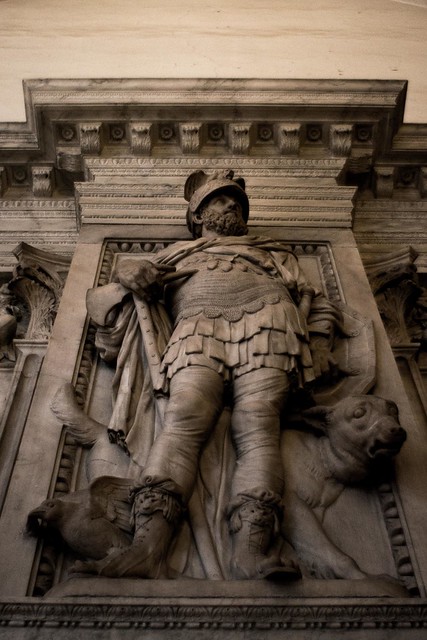 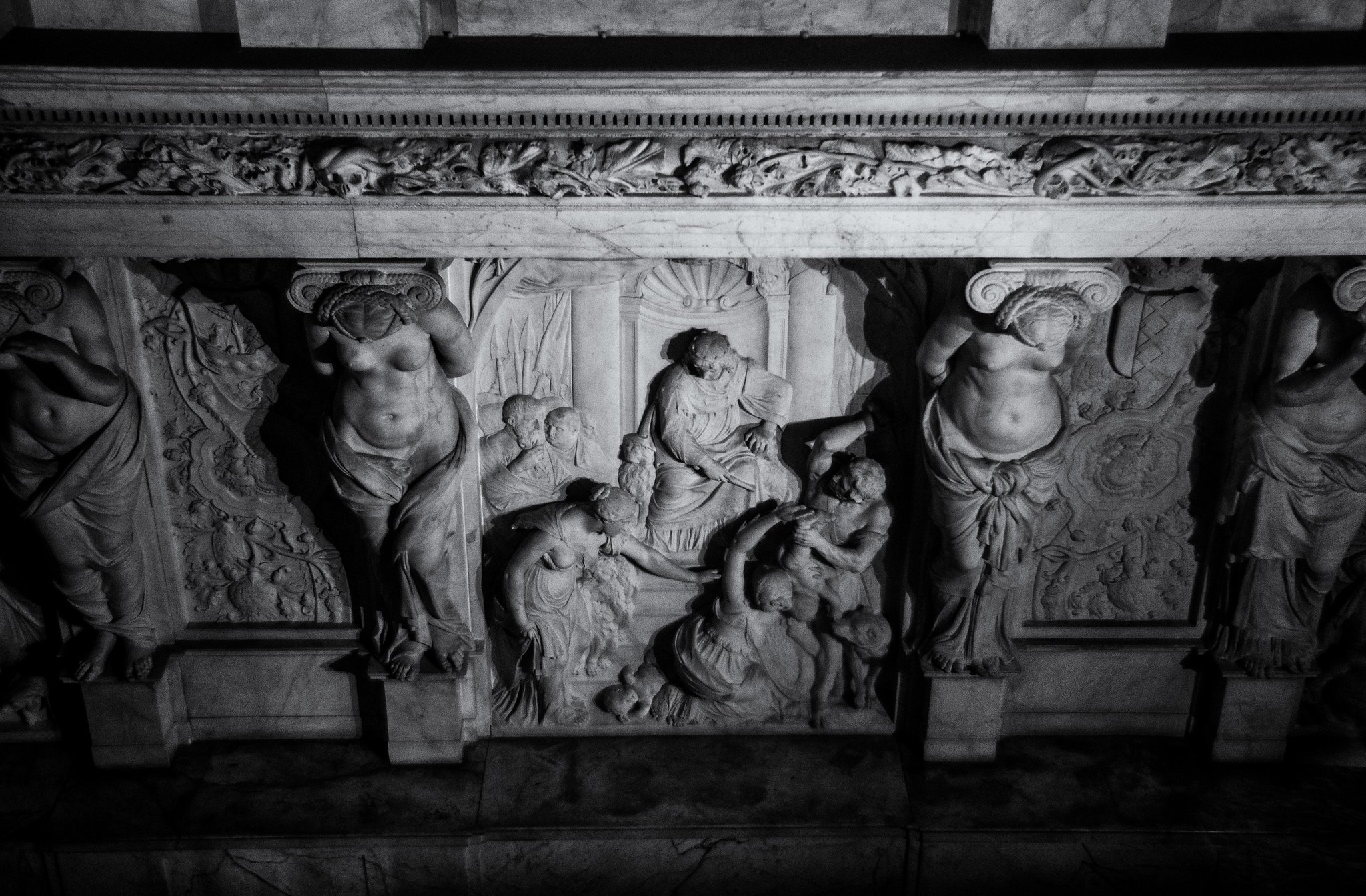 My favourite image taken above looking down in the Tribunal where criminals met their fate usually death. The four statues with their heads down are criminals awaiting the outcome of their trials.

Below is the Lightroom/Silver Efex edit. The colour image straight from the RAW file without edit looks dull and flat whereas the black and white looks a lot more atmospheric. I do like a black and white image and a bit of post processing of the files. 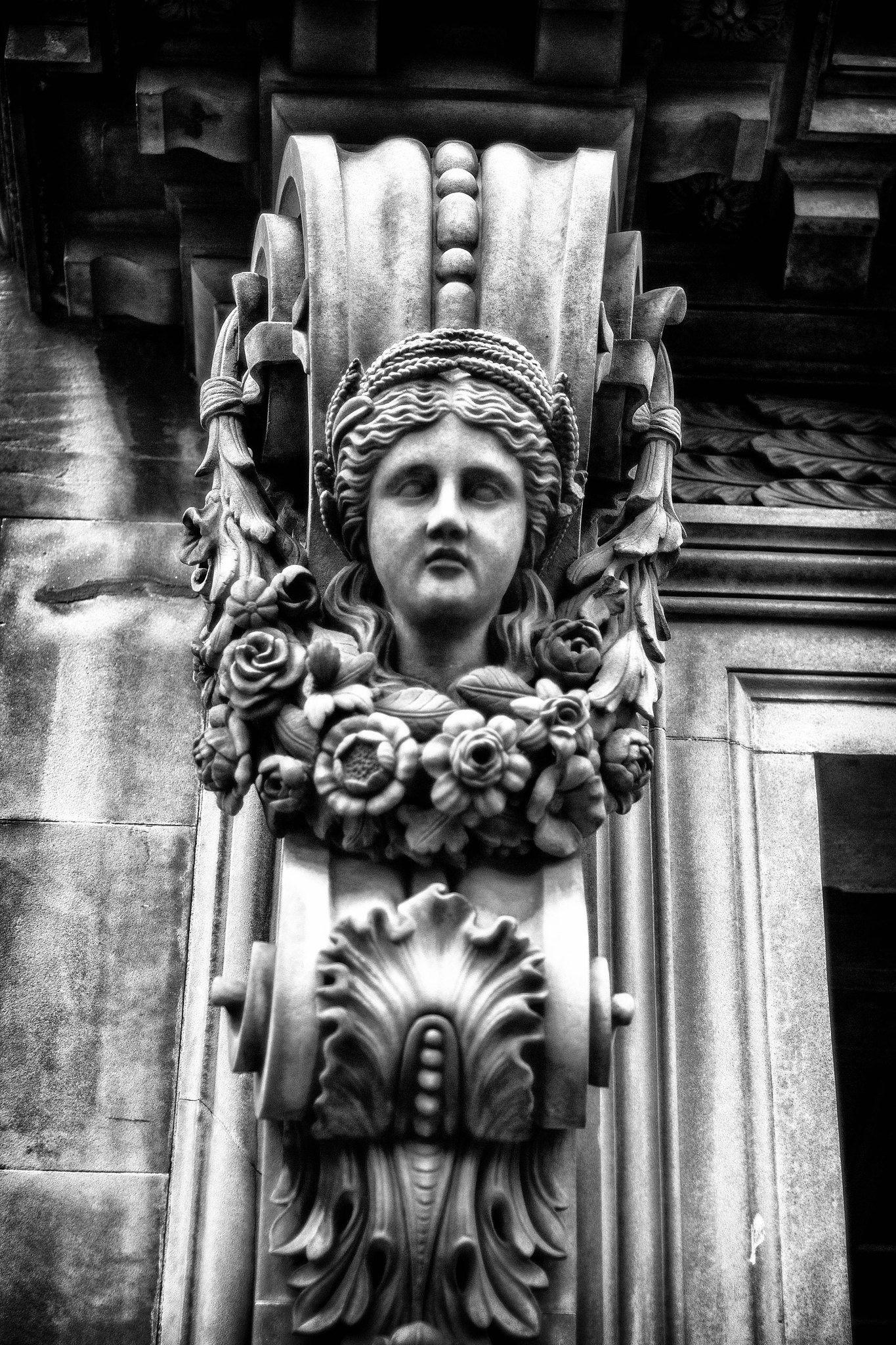 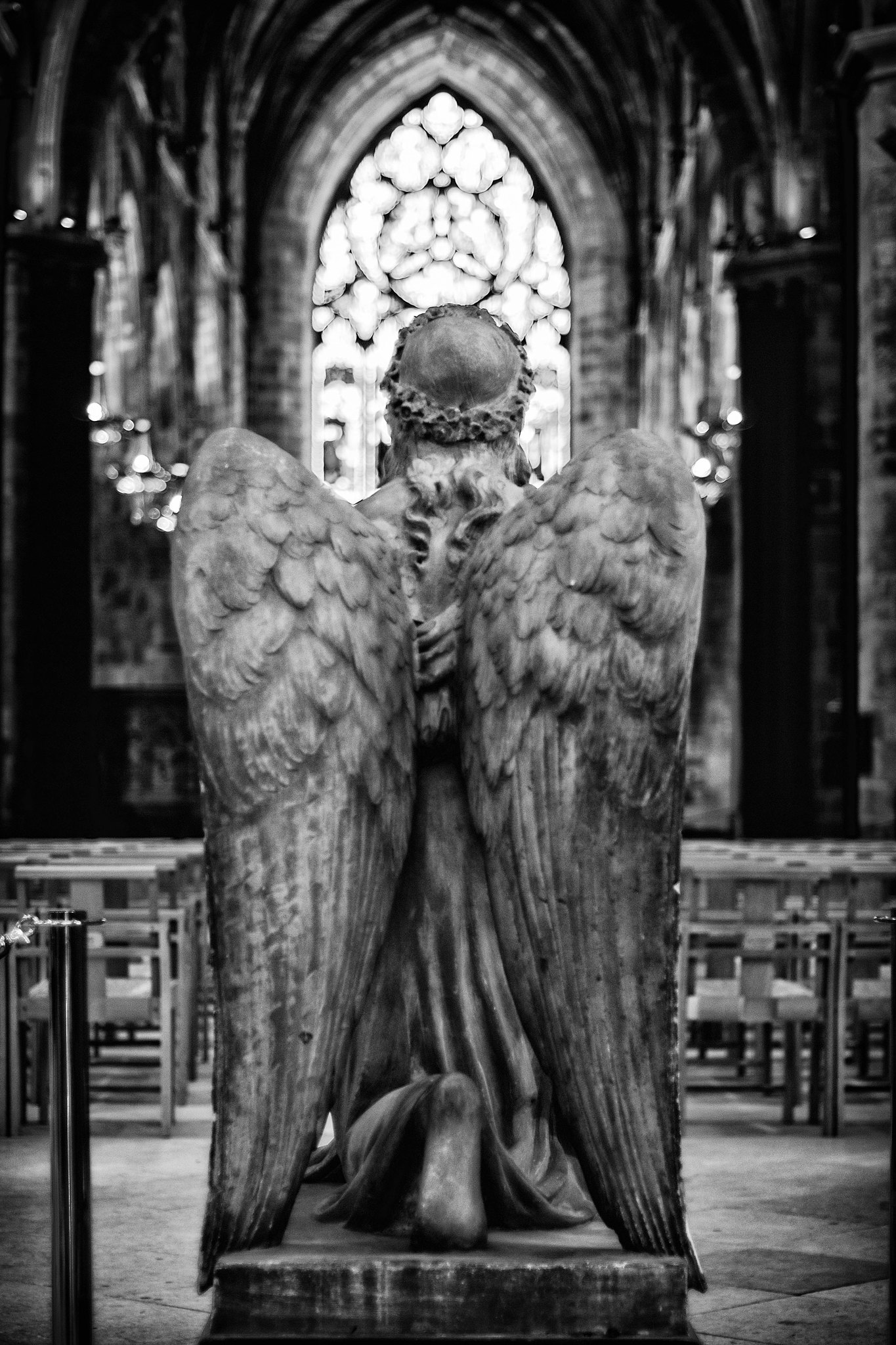 A couple of wee edits from the Edinburgh trip a few weeks back. The angel on bended knee I originally did with a wee HDR twist here LINK 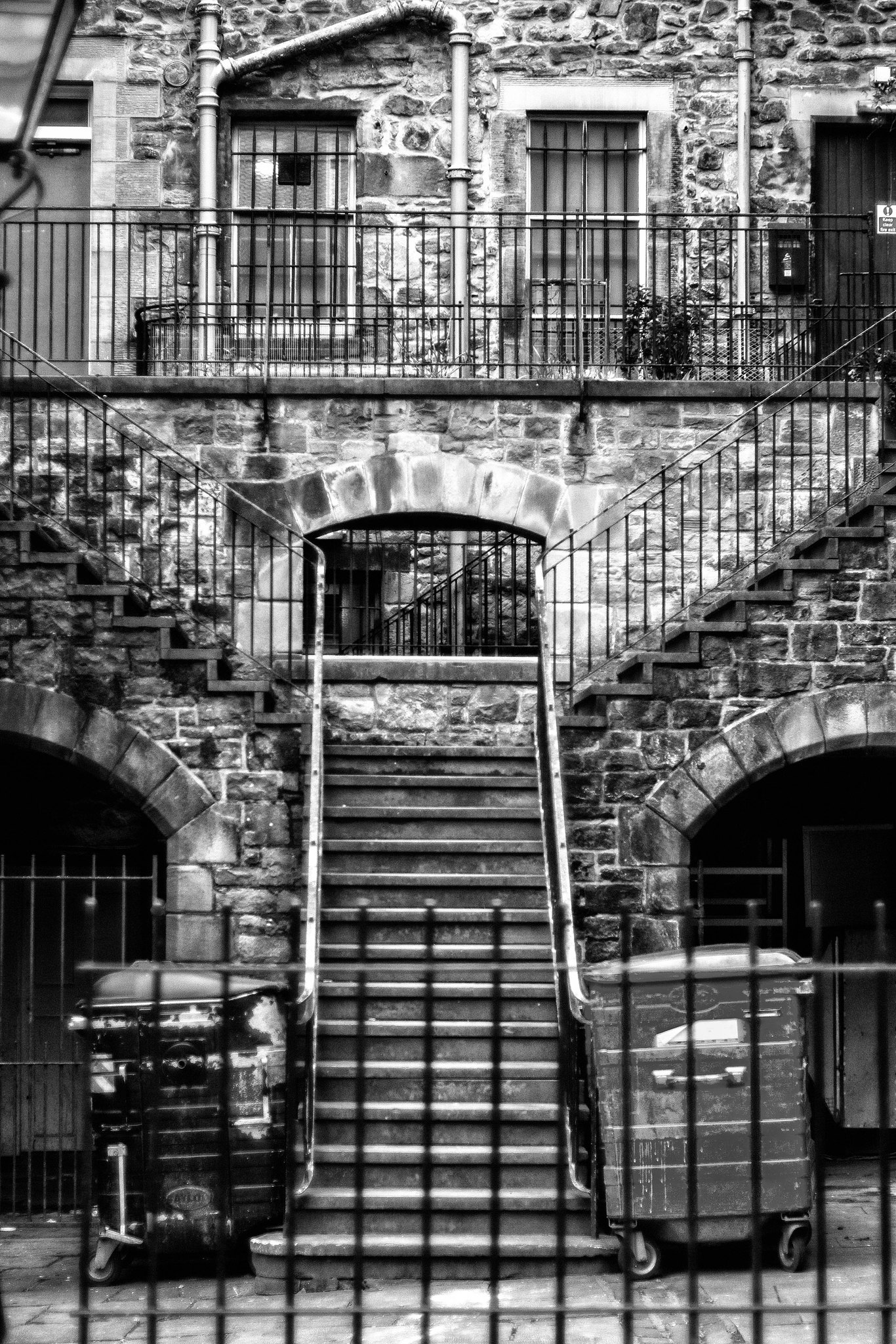 Left or right?
Up or down? 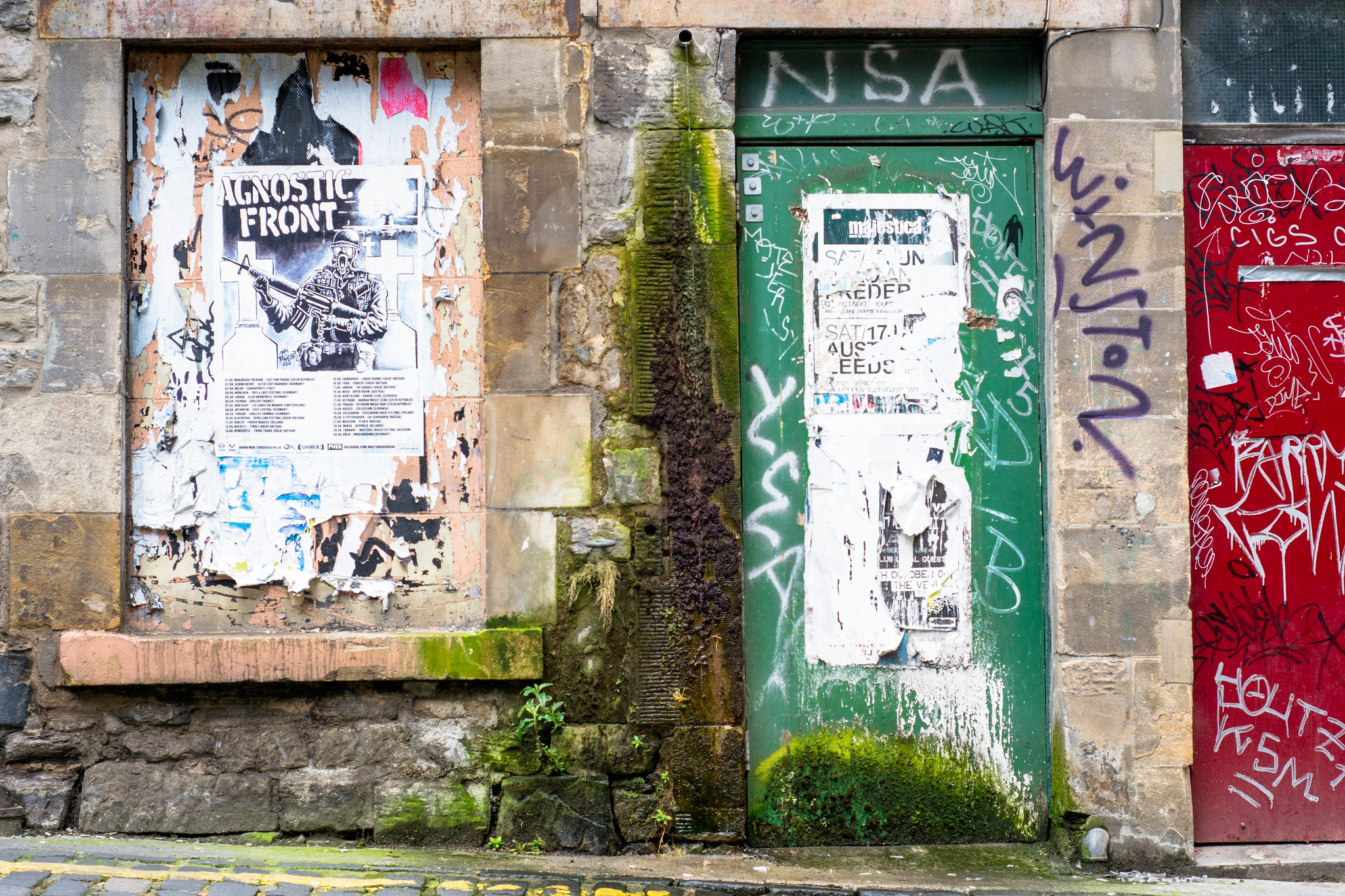 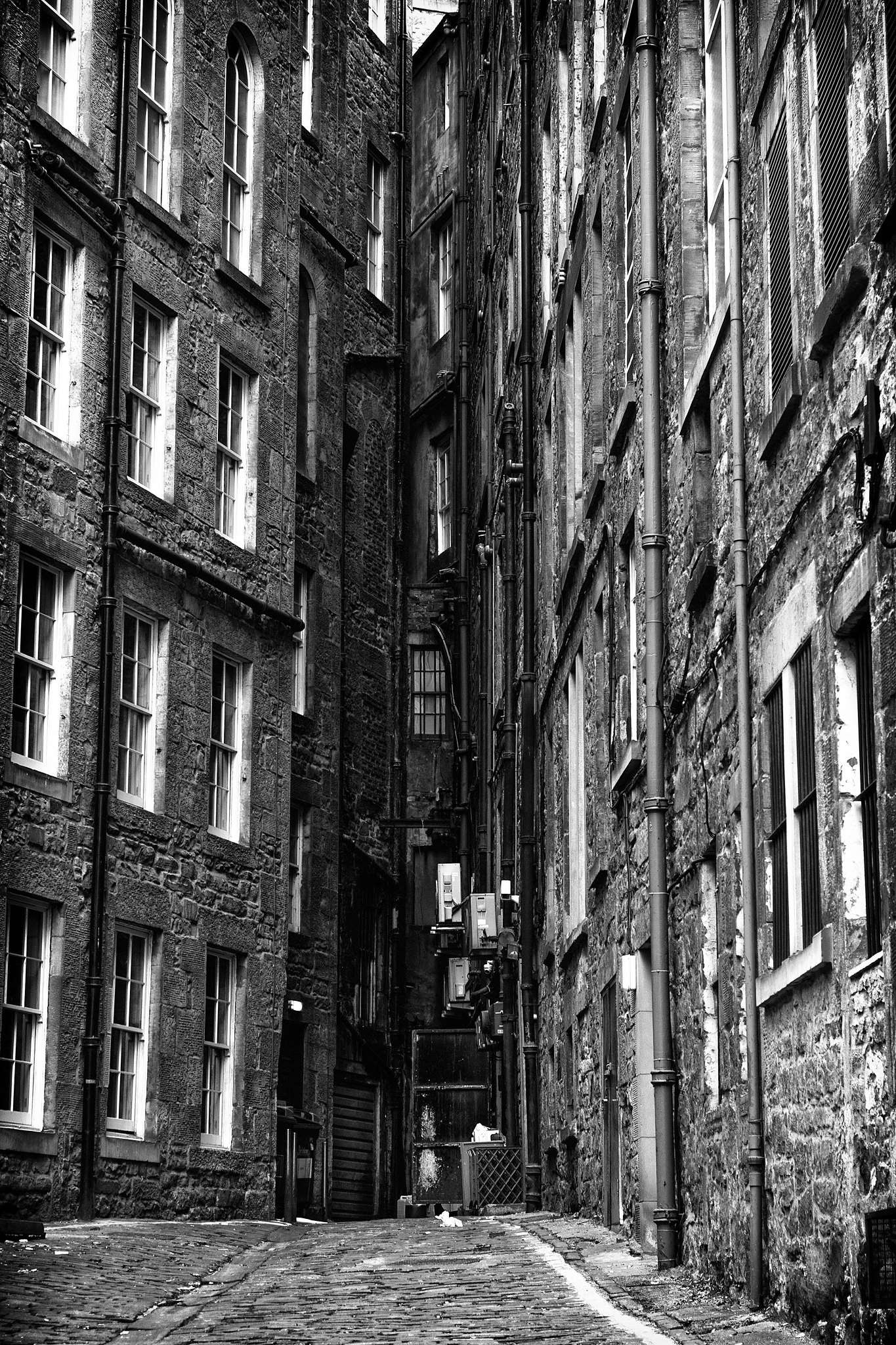 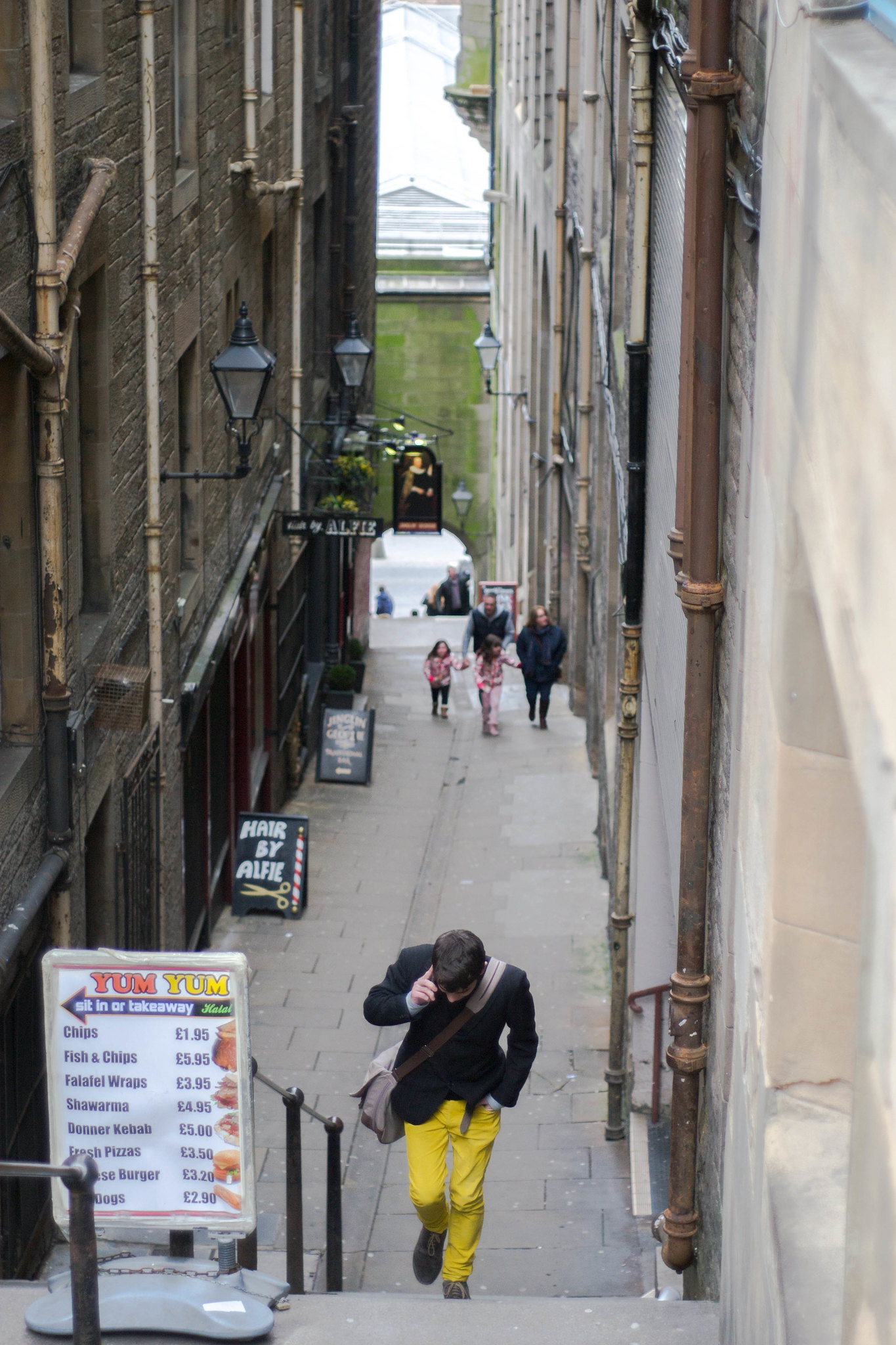 Coming up in the world 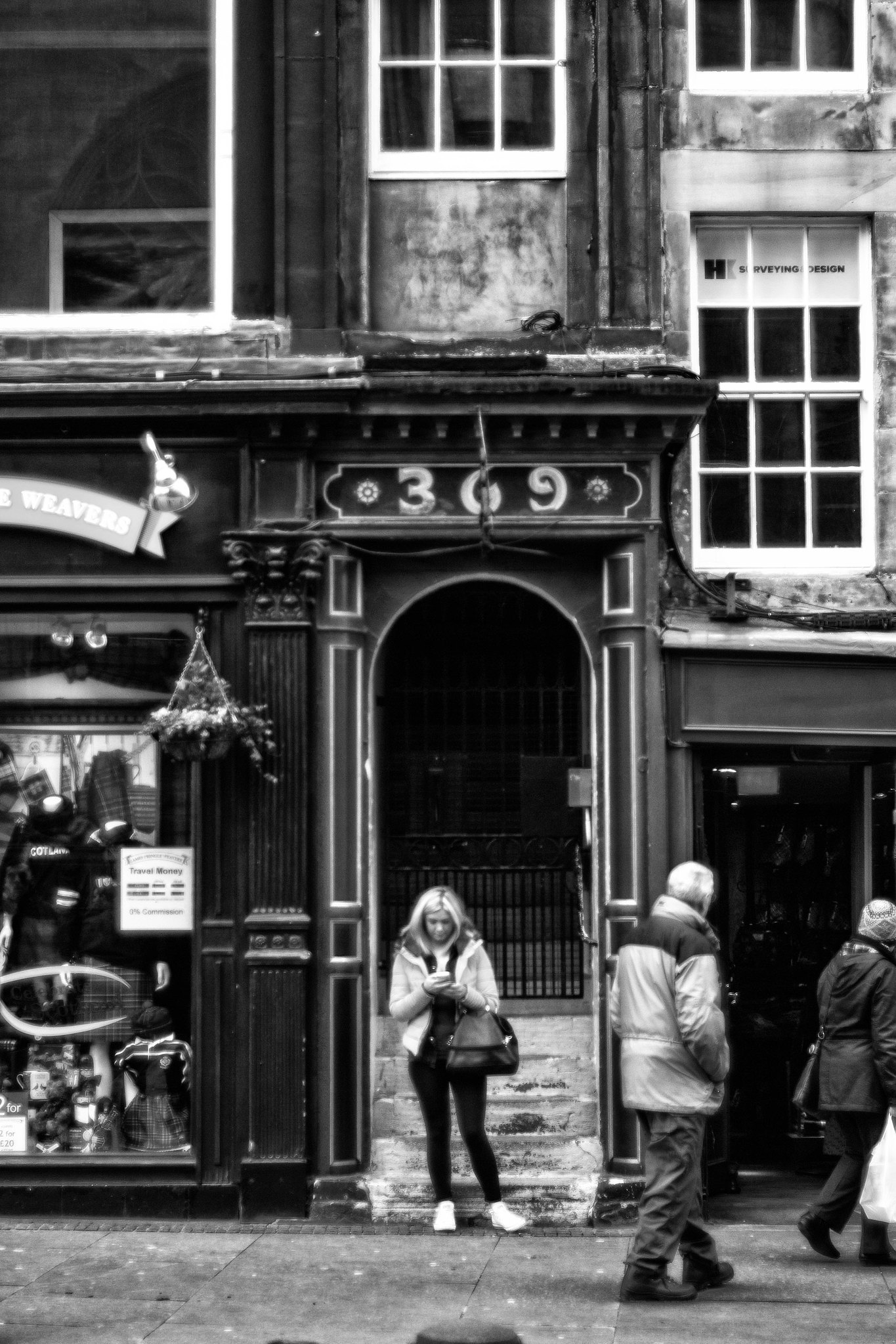 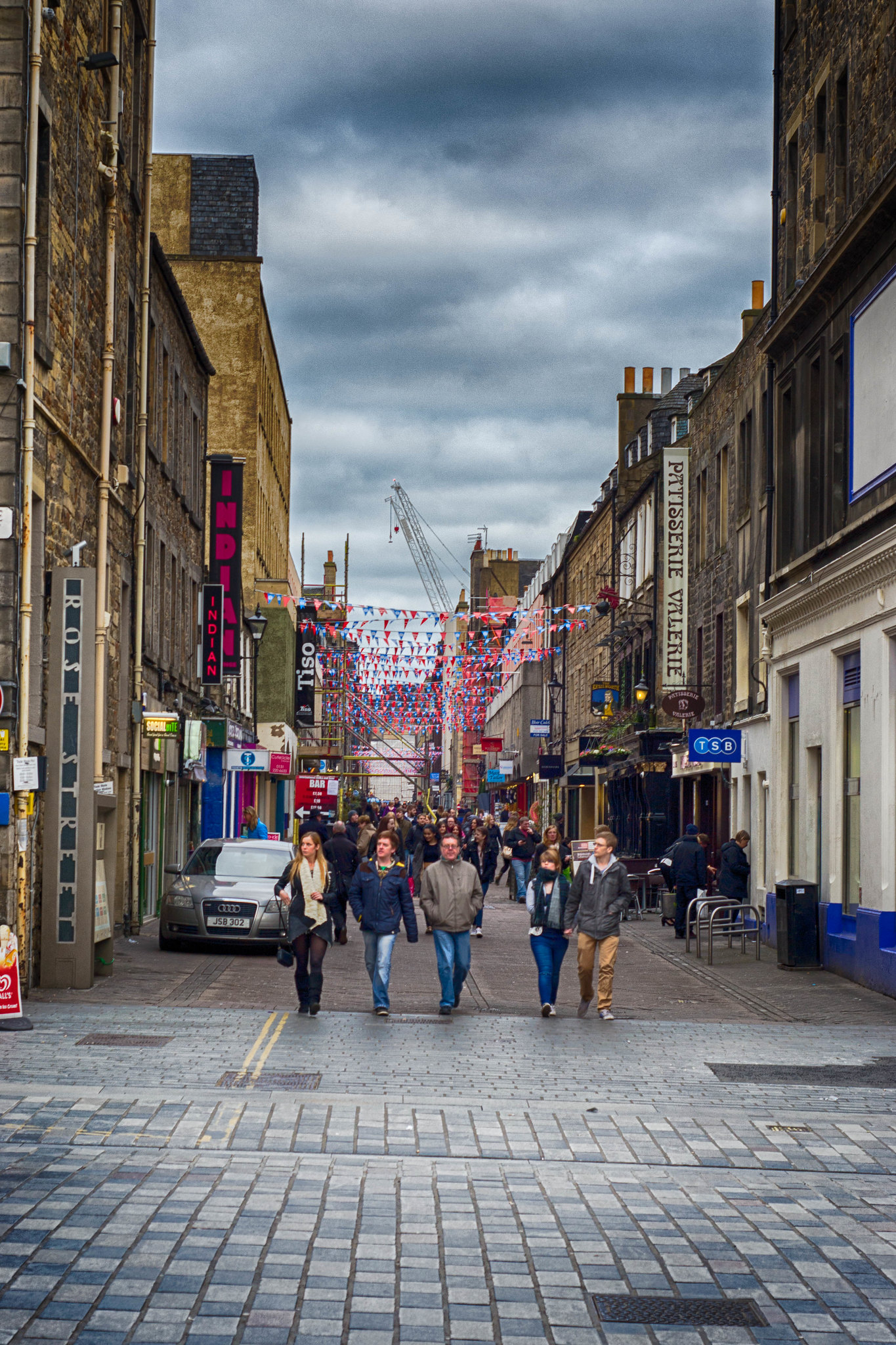 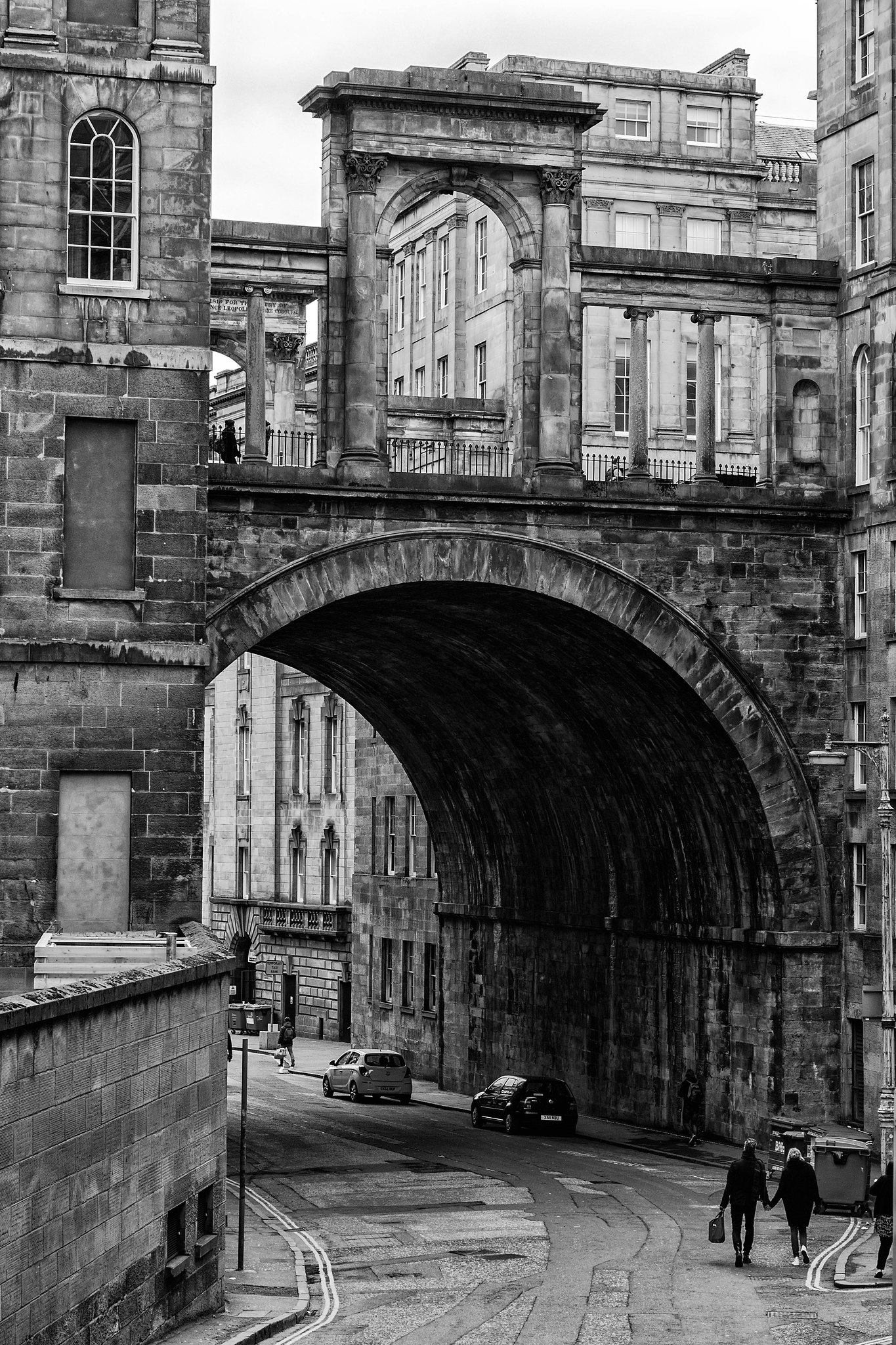 Some street shots from the weekend jaunt to the capital. The first one(the symmetrical stairs) I originally processed in colour but changed my mind tonight and decided to redo it in black and white. I think the street stuff looks better in monochrome although the chap in the yellow trousers does stand out in that shot. Then again Ted Grant once said “When you photograph people in color, you photograph their clothes. But when you photograph people in Black and white, you photograph their souls!” The girl at number 369 was also in yellow but we’re looking at her soul now, well framed I think but slightly out of focus…..damn!
As the good lady is working in Edinburgh just now I may venture back for another days shooting unfortunately the cost of boarding trains is a bit prohibitive especially when you may have to stand for the entire journey!

Just noticed the cost of a fish supper six quid!!!! You’d think fish were scarce at that price. For viewers not from Scotland a fish supper is fish and chips, anything from a fish and chip shop that comes with chips is called a supper. That’s a wee lesson for anyone coming to Edinburgh to research their ancestry. Enjoy! 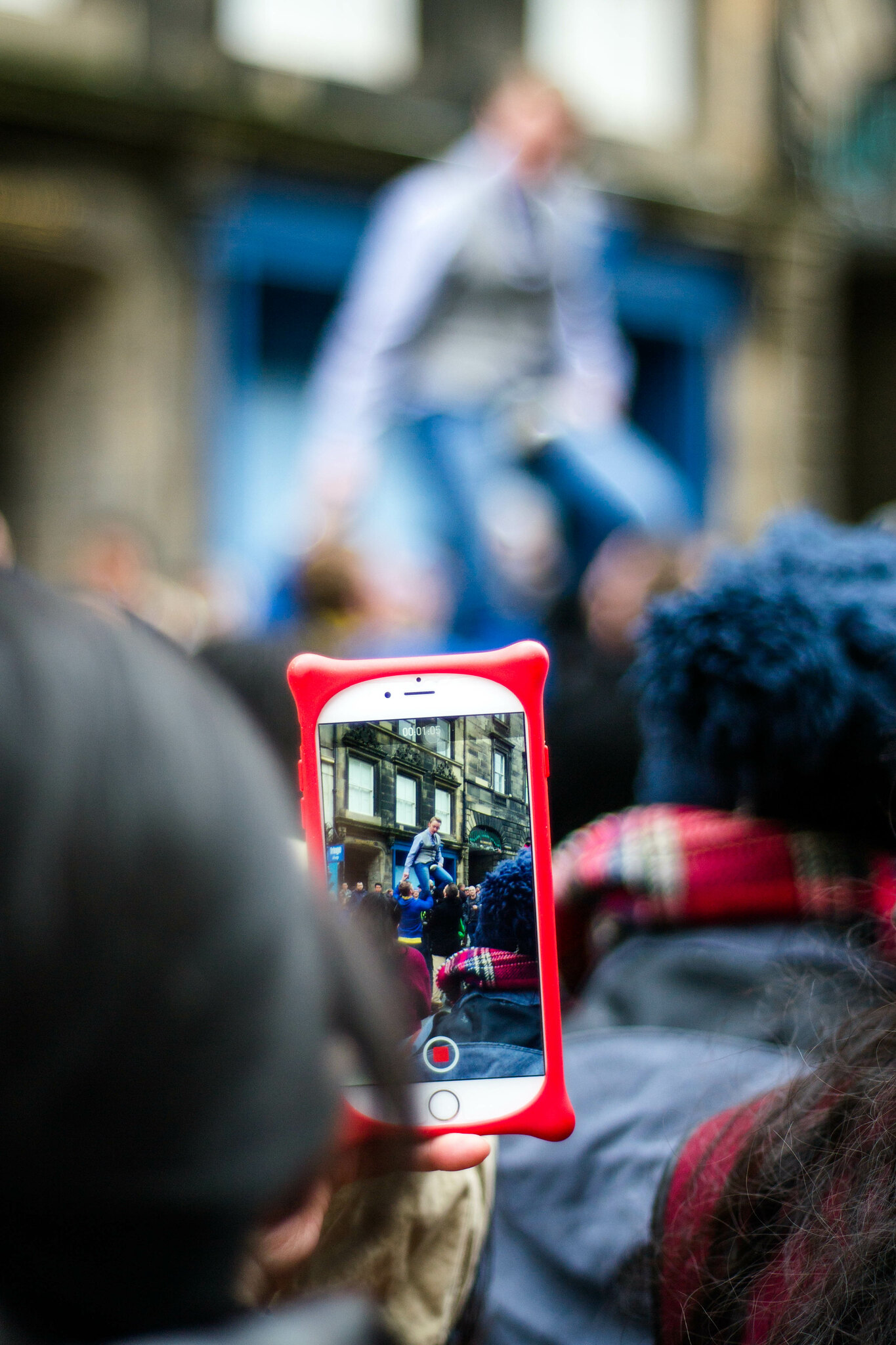 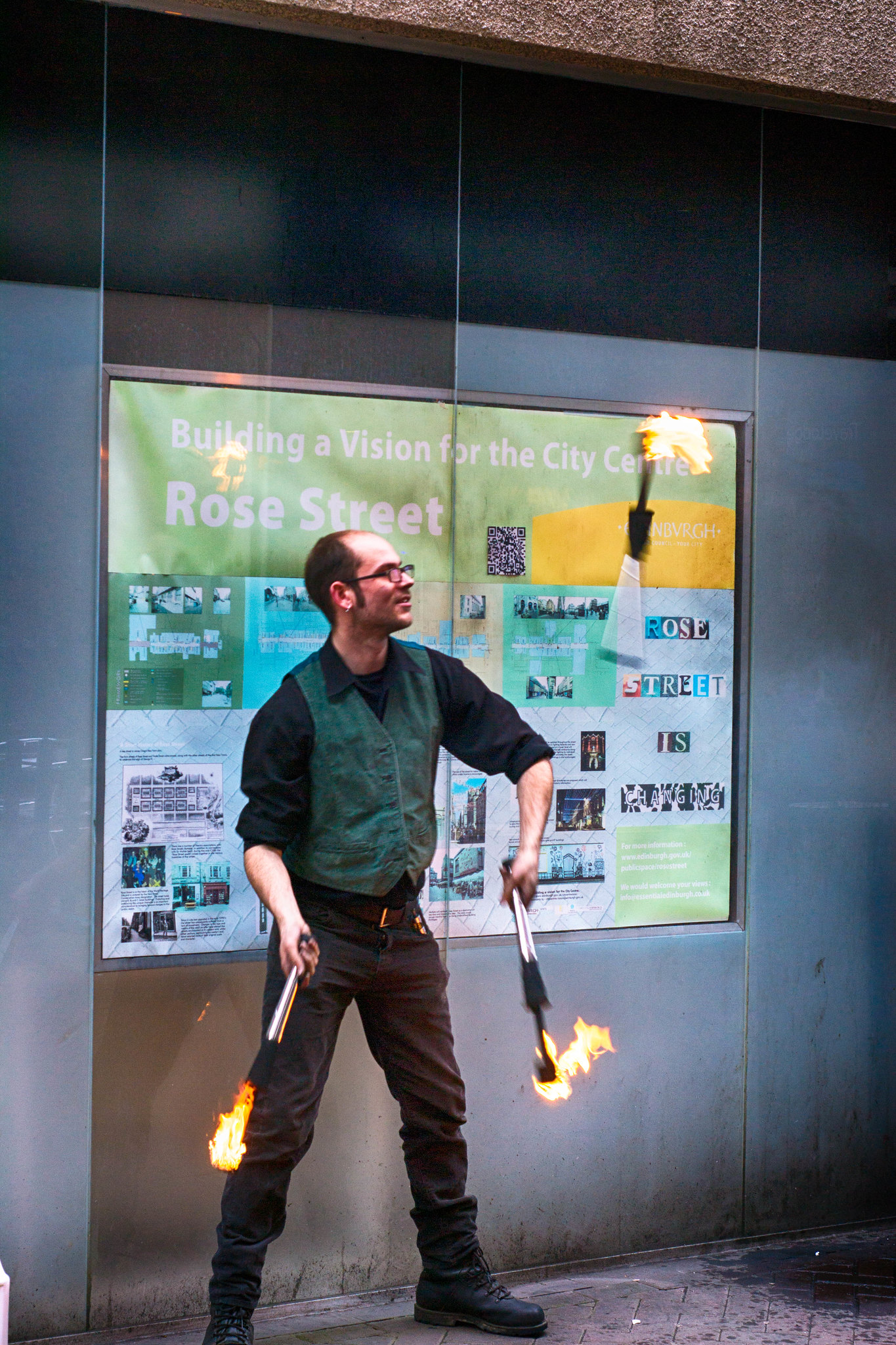 Edinburgh does produce a higher quality of street performer. They guy in the first shot had actually squeezed his entire body through a tennis racquet at one point in his act, he’s on a unicycle in this one for his finale I had moved on before that though. Second shot a guy on Rose Street juggling fire seeing as I grabbed a shot of him I chucked him some change as a thank you, the guy on the Mile probably made considerably more from Americans on vacation but every little helps. 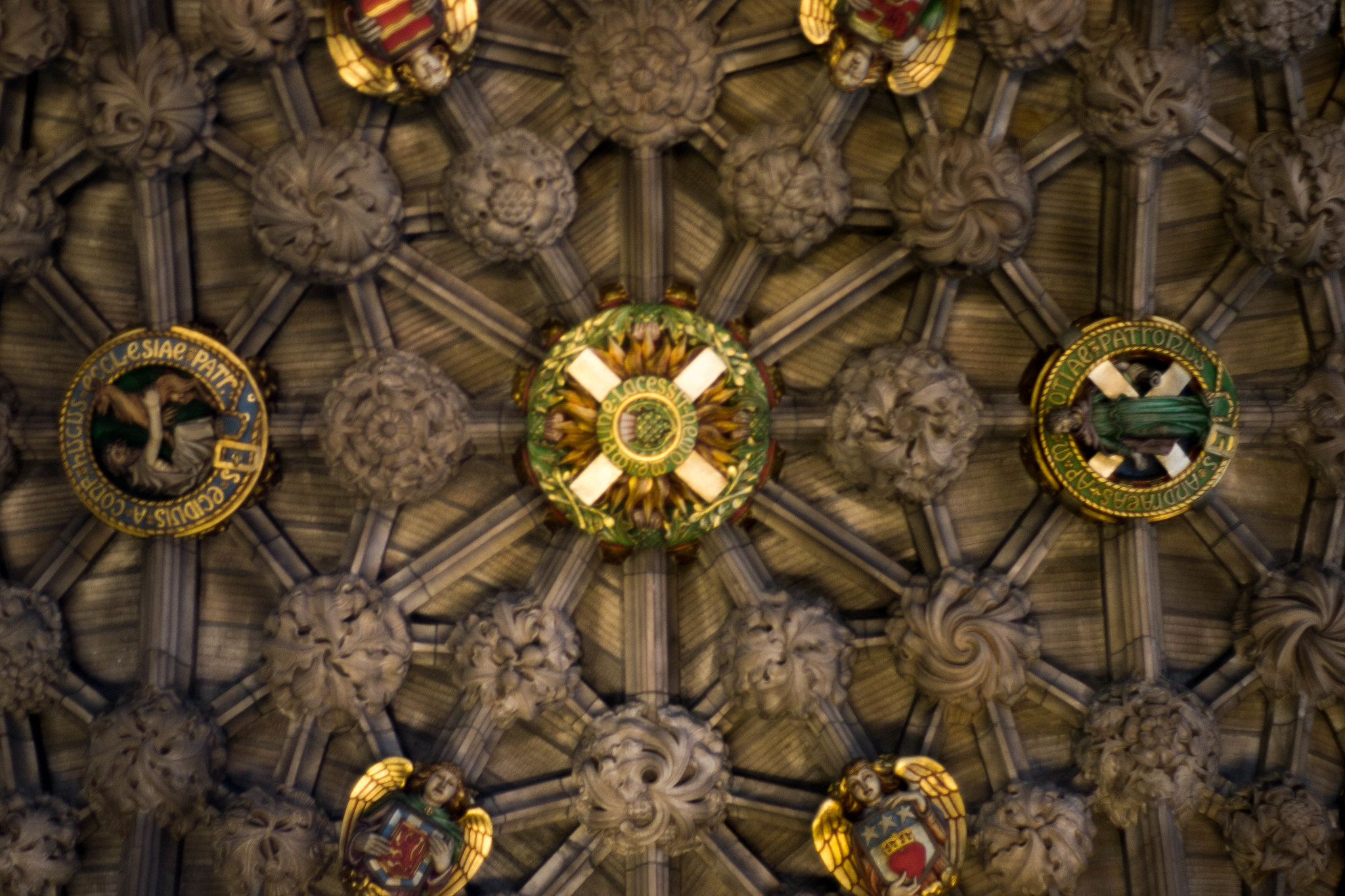 Touring Edinburgh today just photographing no shops, well none except for a whisky shop and good old Fopp!
This shot is part of St Giles Cathedral ceiling on the Royal Mile. It’s a bit out of focus but looked pretty sharp on the camera grrrrr! Loads more Edinburgh to follow. 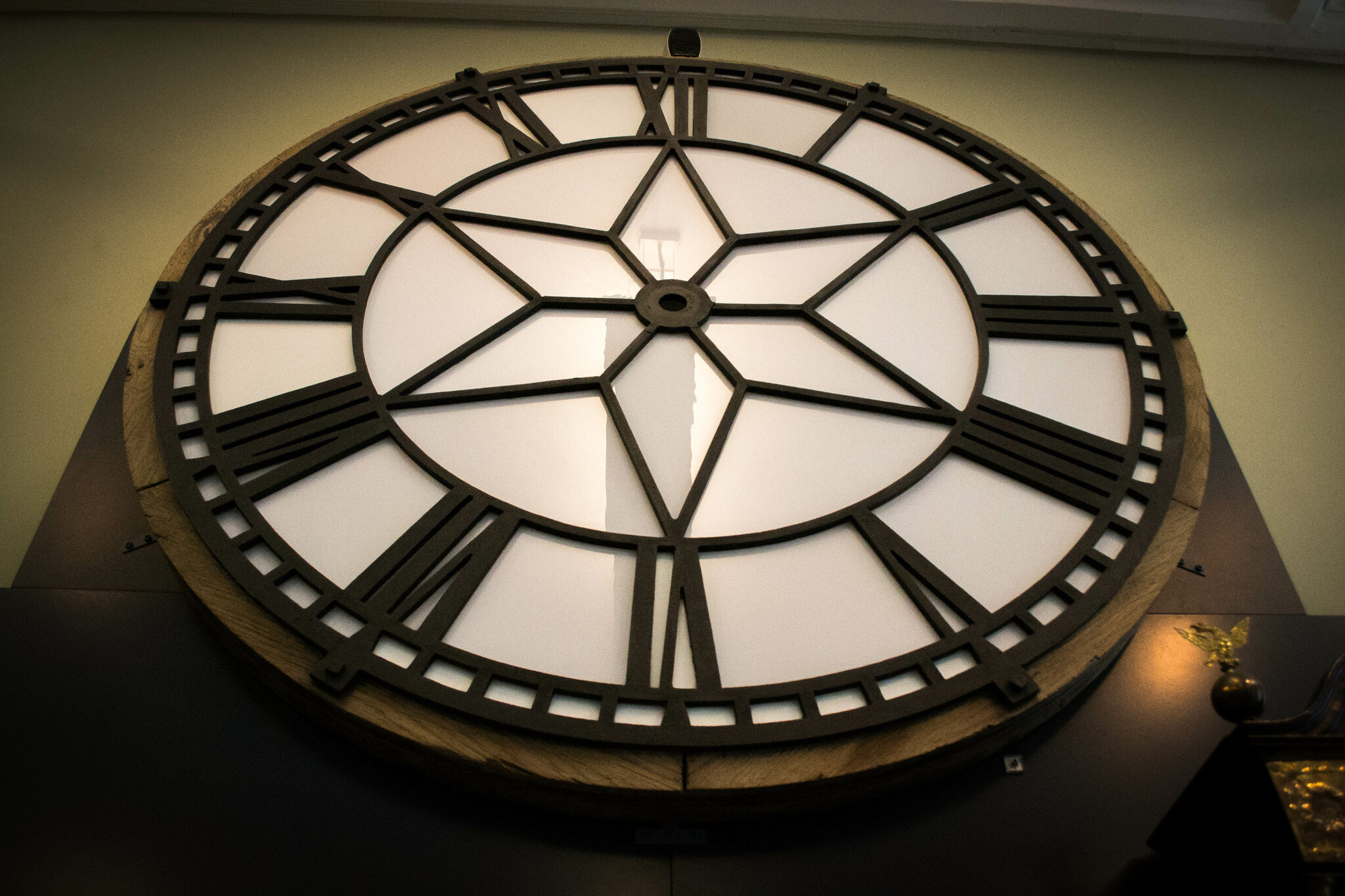 A clock face but no ordinary clock face, this used to sit high up on the Royal Arch at Dundee docks.
The Royal Arch was built to commemorate the visit of Queen Victoria and her husband, Prince Albert, in 1844. The first royalty to visit the city since the 17th century.The original arch was made of wood for the visit.
This is how it looked back in the olden days LINK Pretty impressive isn’t it?

We try not to get to sentimental about these things so just over a hundred years later we blew the thing up to replace it with the approach road to the Tay road bridge! That road has since been moved.
Actually around about these times Dundee’s city fathers were giving the okay to blitz pretty much the entire city centre and replace it with drab concrete, which would have made someone a few quid.

The beach at St Andrews famous for being used in the opening scenes of Chariots of Fire. Once the runners are off the beach they run across the 1st and 18th holes of the Old Course towards the building doubling as the Carlton Hotel which now houses some rather fine looking flats.